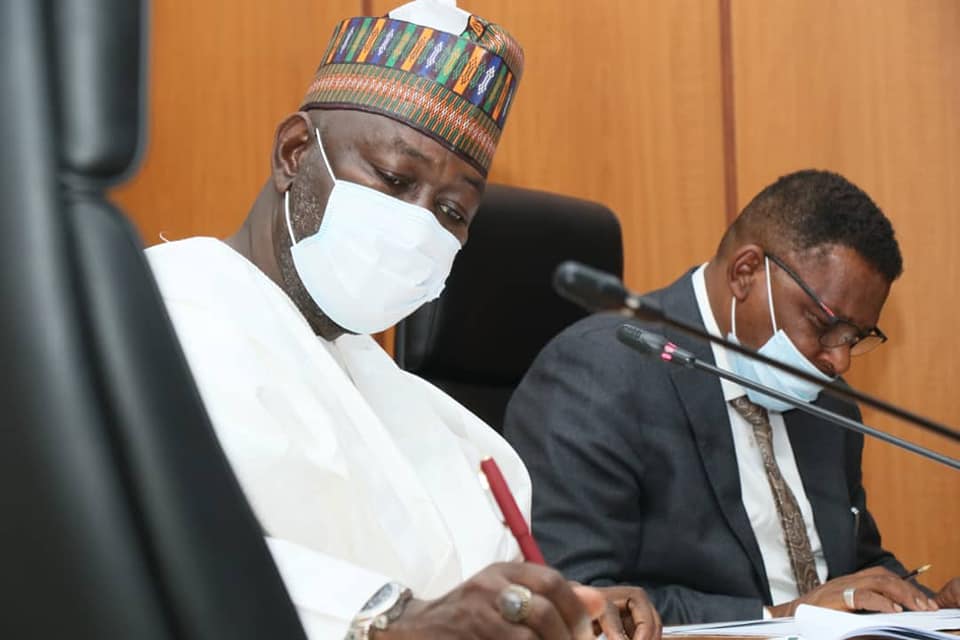 Minister of power, Abubakar Aliyu has stated that migration measures to avoid recurrence of national grid collapse are being implemented.

The national power grid had collapsed twice this week.

Recall that the system collapse occurred when the country was battling scarcity and a hike in fuel prices.

In a statement on Saturday, Aliyu disclosed that the recent system collapse was a direct consequence of a snap on a 330kV transmission line.

“While the recent spate of system collapse is regrettable, it was a direct consequence of a snap on a 330kV transmission line,” the statement reads.

“The mitigation measures for avoiding such incidence of blackouts are being implemented through several interventions, including the Presidential Power Initiative.

“We wish to reassure all electricity consumers that all relevant agencies involved in the restoration of normality in power supply have been charged to act in the context of the emergency state of the industry.

“The Federal Ministry of Power shall continue to periodically update the nation on the progress.

According to the minister, the national grid lost about 1,100MW generation capacity as a consequence of simultaneous disruptions in gas supply to the Okpai, Calabar and the Afam VI power plants.

“The available generation capacity was exacerbated by the ongoing water management regime at the Kainii, Jebba and Shiroro power plants,” he added.

The minister noted power generation would return to normalcy soon.

According to him, the Okpai power plant has resumed power generation with 300 megawatts capacity.

“The gas pipeline affected by acts of vandalism has been restored and the Okpai power plant has resumed power generation and currently contributing an average of 300MW,” he said.

“The Nigerian Bulk Electricity Trading Plc has been directed to enter into fast-track negotiation with NAOC on an interim energy sales agreement with a view of bringing the new Okpai Il power plant on the grid thereby contributing additional 400MW of generation capacity.

“The “pigging” of the gas pipeline supplying gas to the Odukpani power plant is scheduled for completion on March 21st 2022, thus ramping up generation by about 400MW.

“In order to optimise the capacity utilisation of the power plants owned by the Niger Delta Power Holding Company Ltd (NDPHC), the Nigerian Electricity Regulatory Commission has approved a special gas pricing for emergency contracting OF gas from the Nigerian Gas Marketing Company Ltd. We expect an on-grid improvement of about 800MW generation capacity from the NDPHC plants.

“In the medium-term, we have agreed with NGPIC (a subsidiary of NNPC) on the framework for the overhaul of the Okoloma gas processing plant, thereby restoring the full capacity of the 650MW Afam VI combined cycle power plant.”