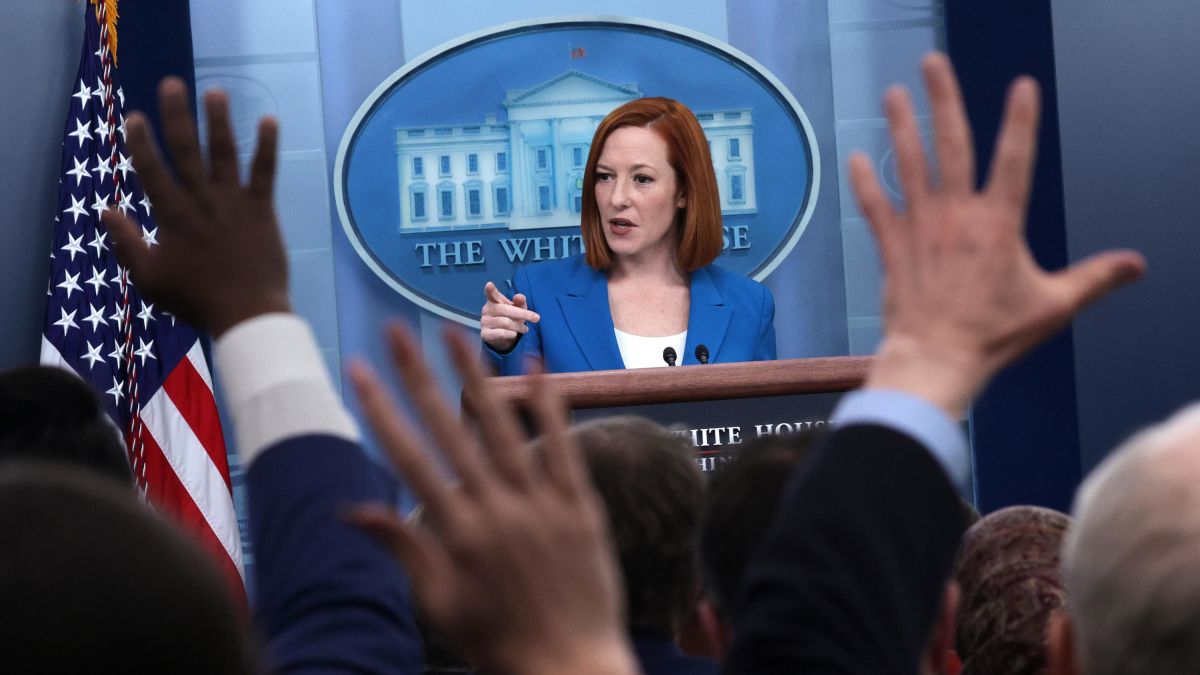 Jen Psaki, press secretary to President Joe Biden, confirmed Tuesday that she is positive for COVID-19 for the second time in five months.

As a result, she will not accompany Biden to Europe this week, when he will talk with European counterparts about Russia’s invasion of Ukraine.

She stated that Biden tested negative on Tuesday.

Psaki’s re-infection follows positive tests for Vice President Kamala Harris’ husband, Ireland’s prime minister, who was in the nation’s capital last week for a series of in-person St. Patrick’s Day parties with Biden and other officials.

The scares occurred as the Biden administration attempted to help the United States return to pre-pandemic norms, even as cases in Europe increased due to a new, more contagious variation of the omicron strain.

Psaki tweeted that she took a laboratory test for COVID-19 as part of her preparation for the trip, which gets underway on Wednesday, and was later notified of a positive result.

She said she had two “socially distanced meetings” with Biden on Monday and that he is not considered a “close contact” under Centers for Disease Control and Prevention guidelines.

Psaki tweeted and released a statement a short time before she was scheduled to step into the White House press room for her daily briefing, accompanied by National Security Adviser Jake Sullivan, who was joining her to discuss the trip.

“Obviously, we’ve had some last-minute adjustments to the briefing, which is why I’m up here today,” Meagher said before he read a statement on Supreme Court nominee Ketanji Brown Jackson’s performance at her confirmation hearing before the Senate Judiciary Committee. He took no questions.