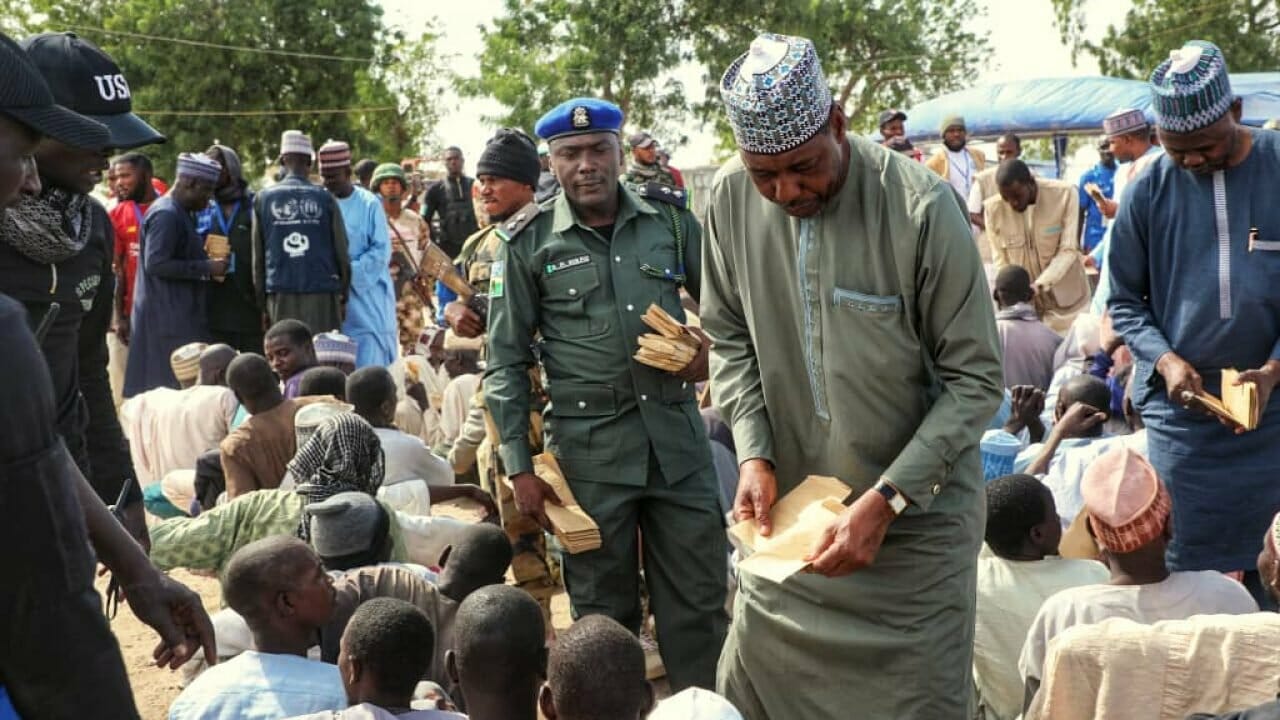 Prof Babagana Zulum, Governor of Borno State, has distributed N63 million to 846 persons, the majority of whom are elderly low-income people.

According to Zulum’s spokesman, Isa Gusau, the governor gave a total of N62,750,000 to 846 elders and laborers providing services at Bolori Stores, a popular area in Maiduguri where trailers offload and move a variety of wholesale food and non-food products from the state to other parts of Nigeria and neighboring countries, on Monday.

Gusau stated that the gift was part of the governor’s ongoing economic packages aimed at improving civilians’ livelihoods and developing resilience as part of counter-insurgency tactics.

He disclosed that of the 846 beneficiaries, Zulum presented N100,000 each to 409 elderly low income persons operating around the stores, some of whom, for many years, have been into manual labour. The elders jointly received a total of N40.9 million.

Zulum urged the recipients to use the cash for micro businesses with a view to increasing their sources of income.

He described the labourers as highly productive population whose line of work helps in making available basic necessities needed by all categories of citizens across the state.

The governor noted that their activities significantly contribute to the state’s economy, noting that many trailers arrive and depart Bolori Stores every day to bring in food and non-food items into the state and move similar products to other parts of Nigeria and neighbouring countries.

The Commissioner for Sports and Youths Empowerment, Saina Buba, whose ministry coordinated the intervention, said Zulum had supervised similar empowerment programmes in different parts of the state.