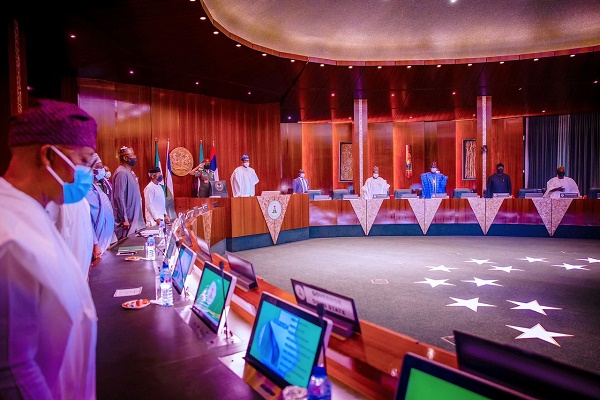 Governor of Plateau, Simon Lalong has stated that President Muhammadu Buhari told governors of the All Progressives Congress (APC) that he would prefer Abdullahi Adamu as the party’s national chairman.

The president had held a meeting with the APC governors on Wednesday, after which Atiku Bagudu, chairman of the Progressive Governors’ Forum (PGF), had stated that the governors would support Buhari’s preferred chairmanship candidate.

Speaking on Thursday when he featured on Channels TV’s Politics Today, Lalong said Buhari had earlier said he would prefer for the party’s national chairmanship slot to be zoned to the north-central.

“The president said he preferred the chairman should come from the north-central zone,” the Plateau governor said.

“Then we went back again after deliberations and we asked ‘do you have a preferred candidate in the north-central zone?’ He said, ‘yes, I will prefer if Abdullahi has met the choice’.”

Lalong added that Buhari believes in the competence of all the aspirants, adding that party delegates who feel otherwise can vote for their choice at the forthcoming convention.

“The president took them one by one to explain his relationship with all of them and how they are all capable of becoming chairman. They all have capacity. But the constitution provides that there must be one person,” he said.

“So, even if you insist that who would I prefer, I will also say it’s done; even governors do that.

“However, they are all going into the elections. If you think otherwise, you can vote anybody.”

Buhari’s choice of Abdullahi Adamu has been a subject of controversy with questions on if the president’s preference won’t seem like an imposition.

Adamu, who served as governor of Nasarawa between 1999 and 2007 and is currently the senator representing Nasarawa west, chairs the APC national reconciliation committee.

Adams Oshiomhole, former governor of Edo, was picked as APC national chairman in 2018 under similar circumstances. He was unchallenged.

Adamu is also said to be “preferred” among party bigwigs and is reported to have received the endorsement of stakeholders.