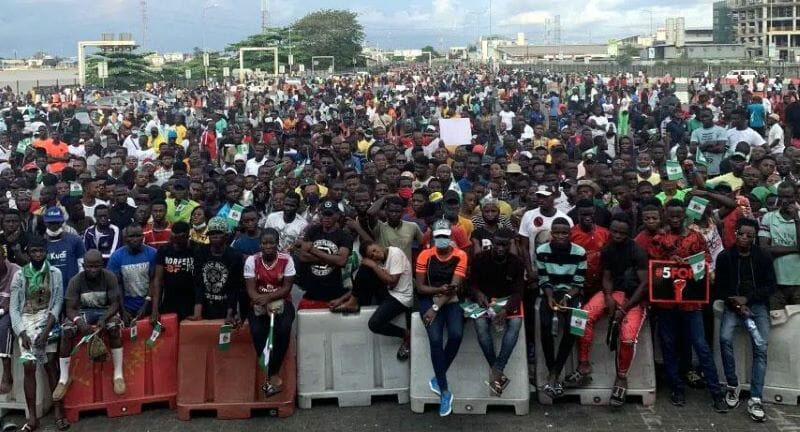 The Federal Government has accused the opposition of plans to sabotage the administration of President Muhammadu Buhari and overheat the polity.

It claimed that the opposition was trying to trigger another EndSARS protest in the country.

It also faulted attempt by the opposition to declare the National Convention of the All Progressives Congress (APC) illegal.

It queried why the opposition cannot wait till 2023 poll to test its popularity.

The Minister of Information and Culture, Alh. Lai Mohammed, who raised the alarm at a briefing in Abuja, asked the opposition not to promote anarchy.

Mohammed said: “As you know, the folks on the other side have been doing everything in recent times to overheat the polity, distort the achievements of our Administration and spread misinformation.

there for the hungry and desperate opposition, but every indication is

that they don’t even want to wait for the 2023 elections before testing their popularity or acceptability at the polls.

“Gentlemen, there is nothing wrong in having a fiery and viable opposition in a democracy. We were there before and we remain the ones to beat in terms of a determined, viable and relentless opposition. But, in our time, not once did we advocate the destruction of Nigeria just because we couldn’t have our way.

“Not once did we seek to gain power via a desperate court action. If you destroy the country you are seeking to govern, what country will you govern? Must you cut your nose to spite your face?

” In their most recent act of desperation, they sought to erase seven years of unprecedented achievements by the Buhari Administration. In the most egregious show of shamelessness and a

blatant refusal to be remorseful, they even had the audacity to express righteous indignation that the damage they inflicted on the country in their 16 years of misrule has not been totally undone in just seven years.

“In other words, those who brought the country to its knees are now accusing those working hard to repair things of non-performance. They said they are ready to rescue Nigeria. Pray, where do kidnappers rescue their victims? These same guys who

” We are not under any illusion that they will stop their misrepresentation.

“No, because in their desperation to return to

complete their demolition work on Nigeria, these folks will stop at nothing to paint us bad.

” But the good news is that Nigerians remain traumatized by their 16-year misrule, and will not return to ‘Egypt’ by allowing the ‘demolition gang’ back to office. In the meantime, let them present their 16-year stewardship in all the areas we have listed above and let Nigerians judge!”