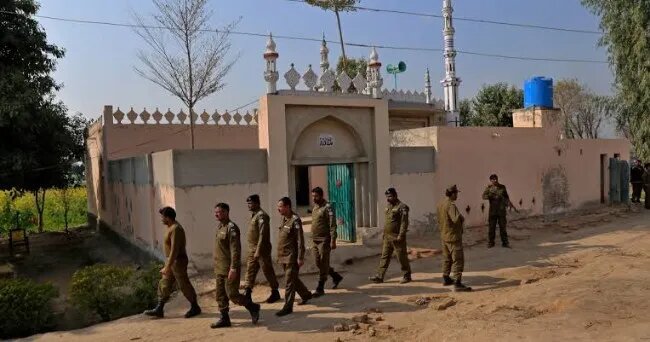 A teacher, Safoora Bibi, at an all-girls religious school was killed by a female colleague and two students who accused her of blasphemy in Pakistan.

Few issues in Pakistan are as galvanising as blasphemy, and even the slightest suggestion of an insult to Islam can supercharge protests and incite lynchings.

According to AFP, police said two students and a teacher ambushed Safoora Bibi at the main gate of the school and attacked her with a knife and stick.

“She died after her throat was slit,” police official Saghir Ahmed said.

The main suspect is a colleague who planned the crime with two nieces studying at the Jamia Islamia Falahul Binaat school, police said.

The girls told police a relative had dreamt the dead woman “had committed blasphemy” against the Prophet Mohammed, officers said, adding they were also investigating if the main suspect, Umra Aman, had a personal grudge.

Two men arrested after American vlogger was ‘gang-raped in…

Known as madrassas, religious schools have long served as vital lifelines for millions of impoverished children in Pakistan, where social services are chronically underfunded.

But critics say students can be brainwashed by hardline clerics who prize rote learning of the Koran over core subjects such as maths and science.

Last year, a Sri Lankan factory manager working in Pakistan was beaten to death and set ablaze by a mob after being accused of blasphemy.

The Centre for Social Justice — an independent group advocating for the rights of minorities — says at least 84 people were accused of committing blasphemy last year, and three people were killed by lynch mobs over similar allegations. (AFP)