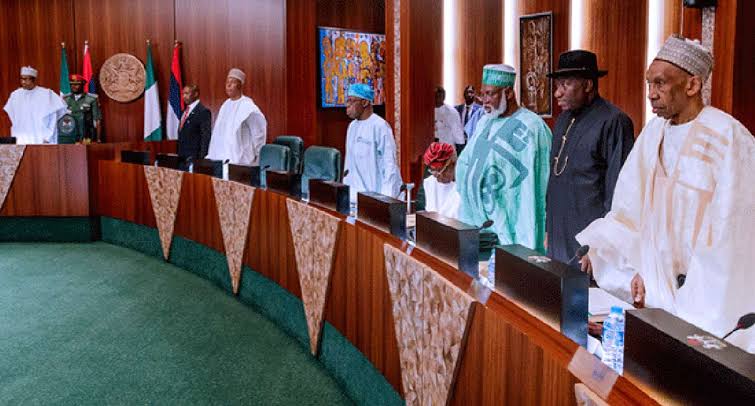 An Anambra-based lawyer, Nwafili Okwuosa has called on a federal high court in Awka to remove former military heads of state from the council of state.

The council of state, established under section 153 of the 1999 constitution, serves an advisory role to the executive and is made up of the president, vice-president and all former presidents and heads of government.

Okwuosa in a suit marked FHC/AWKCS/27/2021 is praying the court to stop former heads of state — including Yakubu Gowon, Olusegun Obasanjo, and Ibrahim Babangida — from participating as members of the council of state.

Gowon became head of state following a counter-coup after Nigeria’s first military coup in 1966; Obasanjo was military head of state after a coup in 1976, while Babangida came to power after the 1985 coup.

Okwuosa prayed the court for a declaration that the membership and benefits accruing to the former military rulers as members of the council is illegal and unconstitutional.

Okwuosa also asked the court to stop the former military leaders and their families from profiting from the country’s resources as previous leaders because they were not elected by Nigerians via constitutional methods.

10 things you probably might not know about the maverick politician,…

Nnamdi Dimgba, the presiding judge, has adjourned the case till May 20, 2022.

Speaking to journalists after the court session, Okwuosa said he was challenging the former military leaders’ membership of the council of state because they ascended to power through undemocratic processes.

“My position is very clear; they were in the military, took over power and ruled the country until they were tired and for whatever reason, stepped aside. These people are not supposed to be treated as heroes under the constitution they distorted,” he said.

“The extant constitution we are running does not make provision recommending that they be members of the council of state. The constitution does not say they should be treated as former leaders.”

Allowing them to remain on the council, he claims, would imply that the country supports coup plotters.

“If that is what we are saying, we should apologise to those coup plotters that were executed when they failed. It means they were killed unjustly simply because they failed in their coup plot,” he added.

“We are recognising and legitimising coup plotting by allowing them to be in the council of state.

“The message we are passing to the young military officers is that, if you want to plot a coup, make it successful even if it is bloody; we will treat you as a hero if you succeed.”