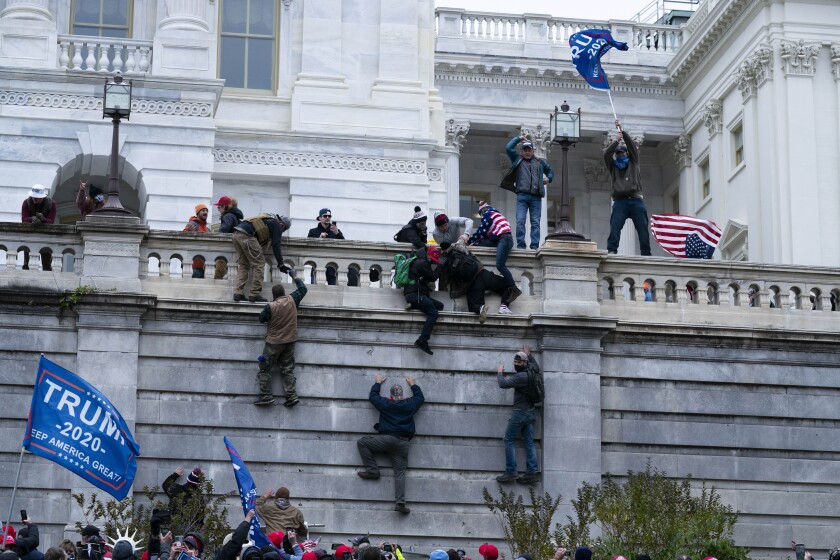 I would have rioted with my supporters on 6 January – Trump

More than a year later, former US President Donald Trump has displayed no remorse for his supporters’ unprecedented attack on the Capitol on January 6, 2021.

He does not regret summoning his rioting fans to Washington, he claimed in an interview published Thursday by the Washington Post.

He stated that he would have marched with them as they approached the complex, but was prevented by his security details.

He made no apologies for inciting the mob with false assertions that victory was snatched from him via widespread fraud, but he was unequivocal in his condemnation of the ensuing violence.

“Secret Service said I couldn’t go. I would have gone there in a minute,” he said, in the wide-ranging interview, adding that it was the largest crowd he had ever spoken to.

Thousands of Trump’s supporters stormed the Capitol last year in an effort to halt the peaceful transfer of power after Joe Biden won a decisive victory in 2020, described by the government as one of the most secure elections in US history.

Trump repeatedly boasted about the “tremendous” size of the crowd at his rally ahead of the riot and glossed over his explosive rhetoric that whipped up the crowd.

The ex-president defended his long silence during the attack, deflecting blame to House Speaker Nancy Pelosi, even though she isn’t responsible for policing at the Capitol and was a target of the mob herself.

He also pointed a finger at Washington Mayor Muriel Bowser, who “furiously tried to reach Trump’s team that day,” according to the Post.

The interview came after the House of Representatives voted to refer ex-Trump aides Peter Navarro and Dan Scavino for criminal contempt charges on Wednesday for defying congressional subpoenas to testify about the riot.