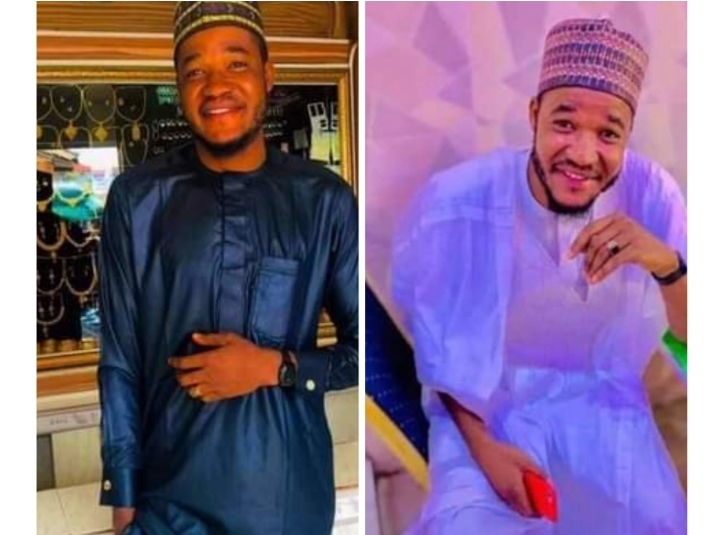 A young businessman, identified as Hassan Shehu, has been reportedly killed by his friend in Tudun-Fulani area of Bosso Local Government Area (LGA) of Niger State.

The death of the 25-year-old man, was confirmed by the spokesman of the State Police Command, DSP Wasiu Abiodun, through a statement on Thursday April 14.

“On 12/04/2022 at about 1700hrs a distress call was received that a male’s lifeless body was found at an apartment in Tudun-Fulani area of Bosso LGA,” he stated.

“Police operatives attached to Bosso division were drafted to the scene and discovered the body. The victim was later identified as Hassan Shehu aged 25, a businessman at Kure market, Minna.

“Preliminary investigation revealed that the victim was stabbed on the neck by one Bashir, his friend, who is presently at large.”

The PPRO further said the case was under investigation as effort was also being intensified to apprehend the fleeing suspect.

According to one Kira Miraj King, the suspect lured the deceased to his house in Tudun Fulani under the guise of having gold jewelry for sale.

The younger brother of the deceased said that Bashir told the deceased to come with the sum of N5m but Hassan had only N3.5m.

On getting to the apartment, Bashir allegedly stabbed Hassan to death and fled with his car, two phones and the sum of N3.5m.

“This is Bashir please if you see him anywhere in Niger state or any where in Nigeria just arrest him, he is a criminal and a murderer he kill he’s best friend(Hassan) on Tuesday 12/4/2022. He called his best friend lied to him that he has a gold to sell and his friend came to the area where Bashir is staying in tundun fulani gabas, bosso, Minna, Niger state Nigeria where bashir and his two other friends planned and kill his best friend stab and slit his throat took his 3.5million, run away with his car, two phones and gold. May Ya Allah Forgive Your Shortcomings (Hassan) 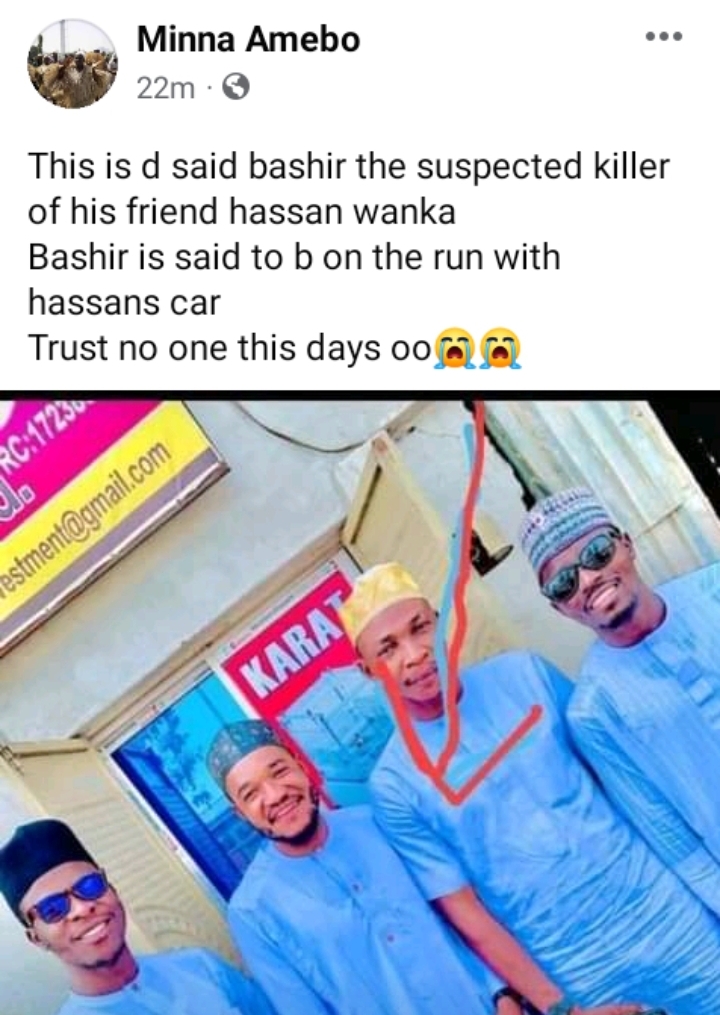 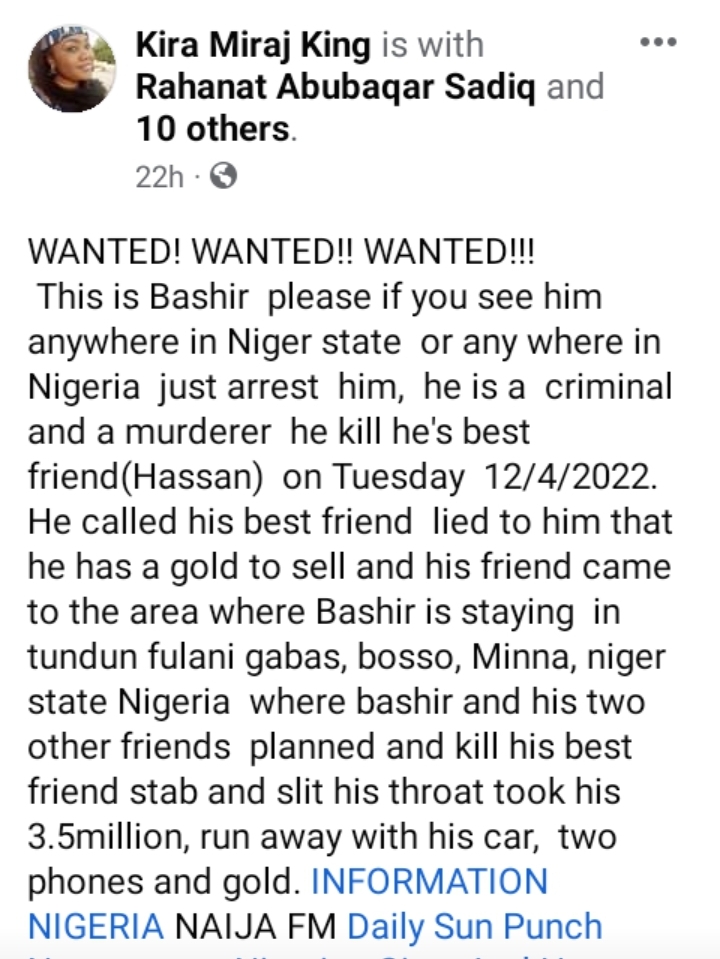 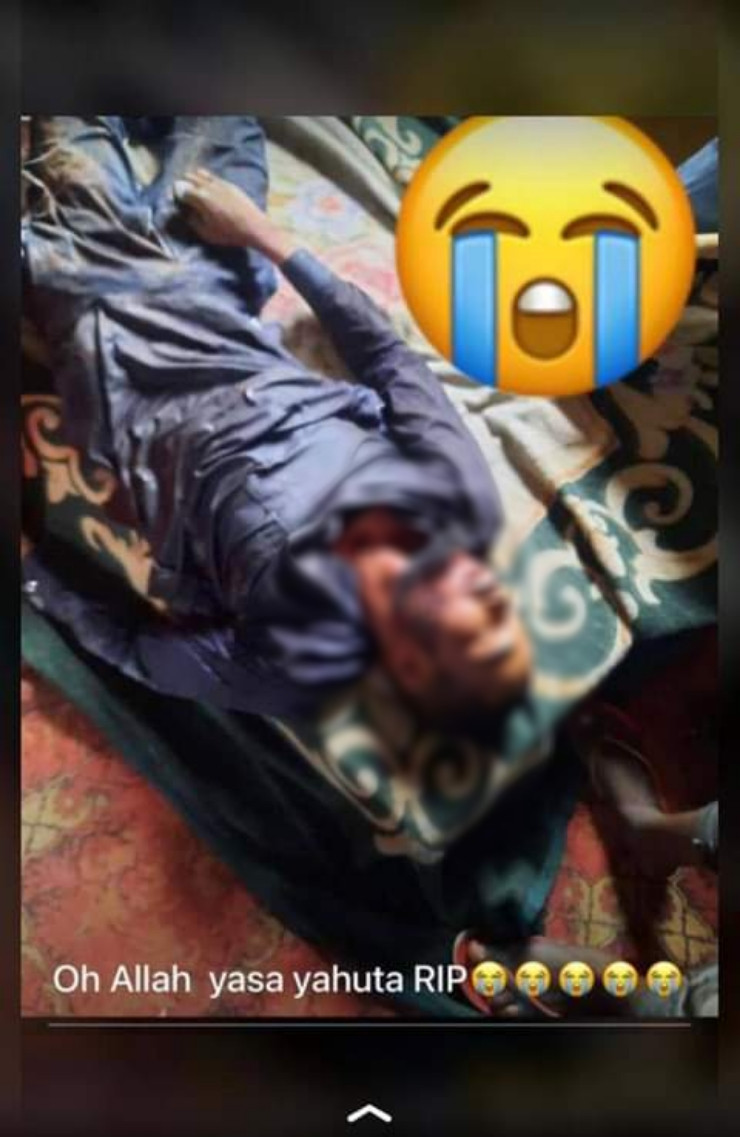 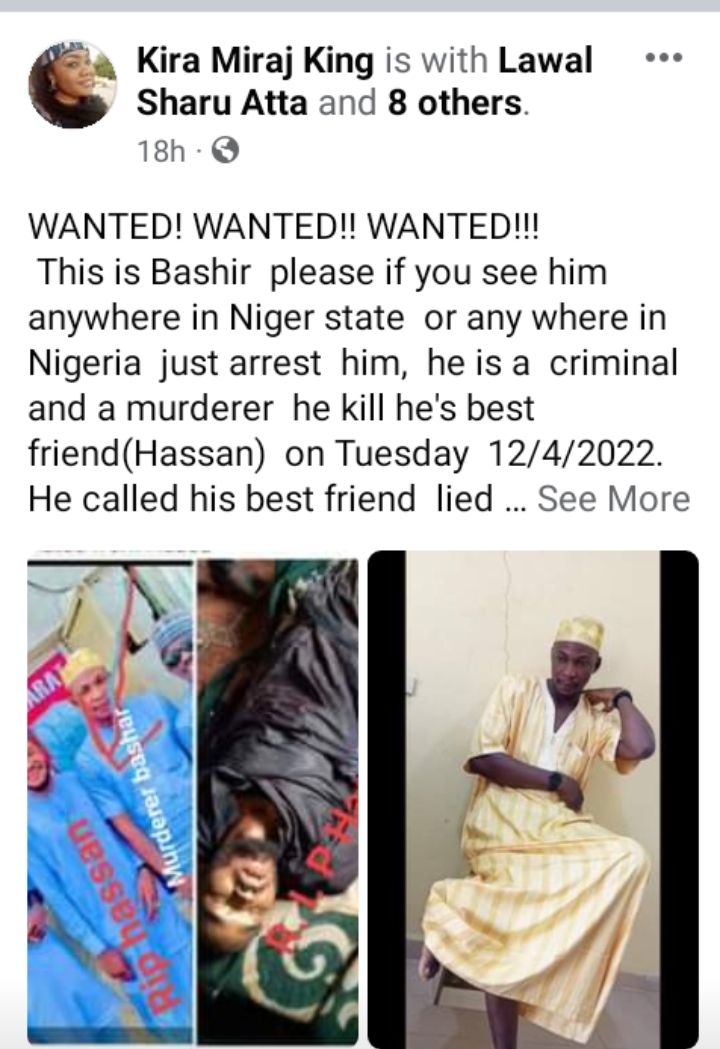