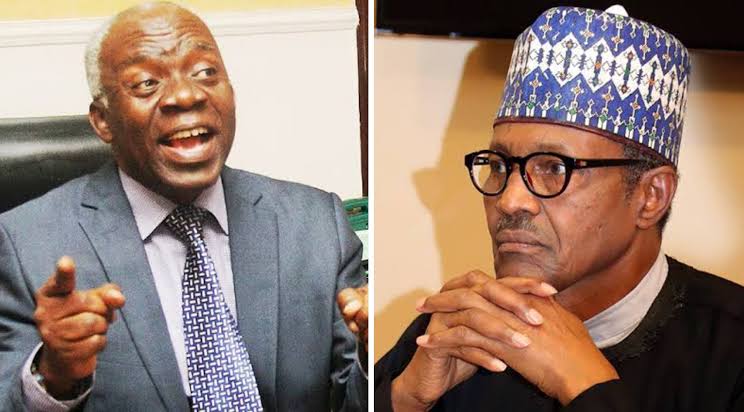 Falana said the gesture should be extended to all thieves in various prisons across the country.

The state pardon for the two former governors, Joshua Dariye (Plateau State) and Jolly Nyame (Taraba State) was approved at the Council of State meeting on Thursday.

A total of 159 convicts were pardoned by the Federal Government.

The decision to pardon the two former state governors has elicited different reactions from Nigeria.

Reacting to the development, Falana urged Buhari to extend the gesture to all thieves locked up in all prisons across the country.

Falana said, “They are pardoning themselves now, the same man who said he came to fight corruption now grants pardon to a man who has stolen billions of naira.

“My reaction is that all criminals, all thieves and criminals in our prisons should be released.”

Falana, who spoke at an event in Lagos on Friday, said the 1999 Constitution guarantees equal rights for every Nigerian.

“Under Section 17 of their Constitution, it says there shall be equal rights for all citizens and Section 42 said there shall be no discrimination on the basis of class, gender, whatever. So you cannot take out two people and leave the rest there.

“If the government doesn’t release others, I am going to suggest to lawyers whose clients are likely to be left in prison to go to court and challenge the discriminatory treatment meted out to their own clients.