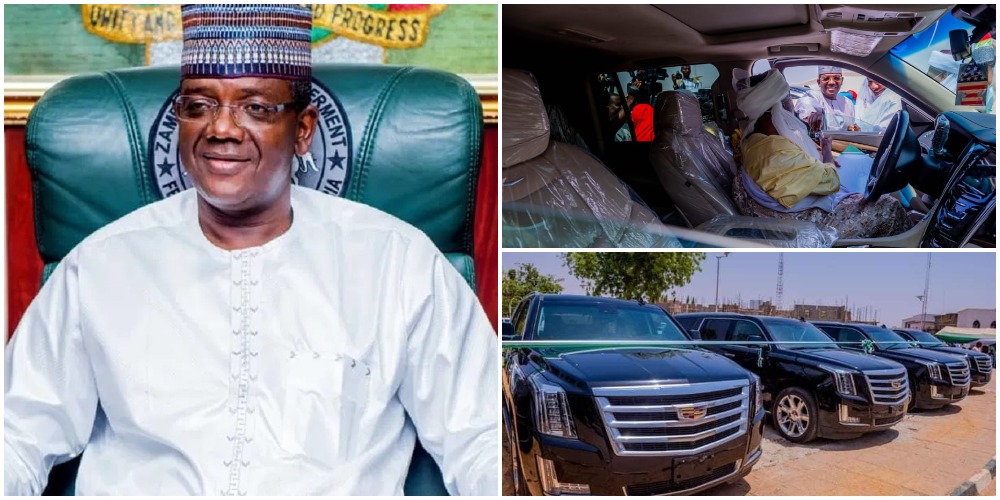 APC, PDP clash over Matawalle’s purchase of 260 vehicles for monarchs

The All Progressives Congress (APC) and the opposition Peoples Democratic Party (PDP) in Zamfara State have clashed over the state’s administration’s buying of 260 automobiles for monarchs.

According to a statement from the governor, the gift was made in acknowledgment of the traditional institutions’ role as keepers of religion and culture, as well as a vehicle for social harmony and peace. The cars; Cadillac 2019 model, were for 17 emirs, 13 senior district heads and 230 district heads across the state.

Reacting to the development, the state PDP Secretary, Alhaji Faruku Ahmed, described the gesture as a waste of resources, urging the governor to focus on the security challenges confronting the state.

Ahmed said, “The governor needs to be more serious in tackling insecurity in the state instead of wasting the scarce resources on white-elephant projects. The insecurity challenges affecting the state should matter most at this moment. He should squarely focus on the security challenges facing the state and stop deceiving people with bad policies. He has been telling the world that he has succeeded in tackling insecurity in the state. But we have yet to see it in reality. People are still being killed and kidnapped.”

He added that the governor should have given the monarchs money to buy the cars they desired if he had to buy the cars which he described as refurbished vehicles. The PDP scribe started, “The vehicles are refurbished. They are not new, as such. They will consume a lot of fuel.’’

But the state APC Publicity Secretary, Yusuf Idris, said there had been an orchestrated campaign to incite the people of the state against the personality and administration of Matawalle by people he termed ‘certain elements in society.’