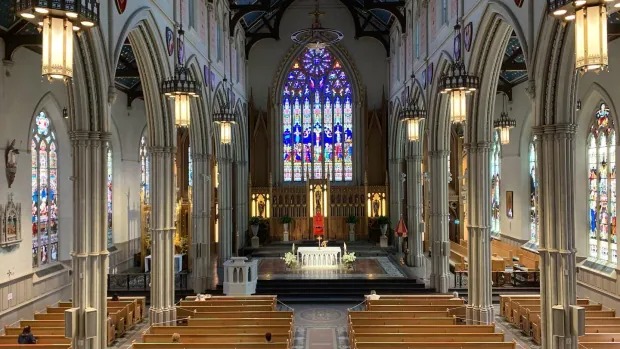 US Catholic Diocese agrees to pay $87.5m to people sexually abused by church

The Catholic Diocese in New Jersey, United States of America has apologised and agreed to pay $87.5m (£67.04m) to hundreds of people sexually abused by the church.

The move is one of the largest settlements involving the Catholic Church in the US, which has been accused of covering up decades of misdeeds.

In a first, the deal also paves the way for lawsuits against insurances firms that protect dioceses against charges of negligence.

The settlement funds will be distributed from a trust over the span of four years to approximately 300 victims of abuse, the diocese said. It will also include child protection measures, which are still being finalised.

The diocese and attorneys for the victims have agreed to the settlement, but it must be still be approved by a judge because the diocese filed for bankruptcy in 2020 amid the Covid-19 pandemic and abuse disputes.

However, it was “pleased that the mediation process has led to a settlement,” Bishop Dennis J Sullivan said.

“I pledge my continuing commitment to ensure that this terrible chapter in the history of the Diocese of Camden, New Jersey never happens again,” he added.

Jeff Anderson, a lawyer, who represents 74 of the victims, said the settlement was “unprecedented” for another reason, attack and over a dozen more suffered other injuries.