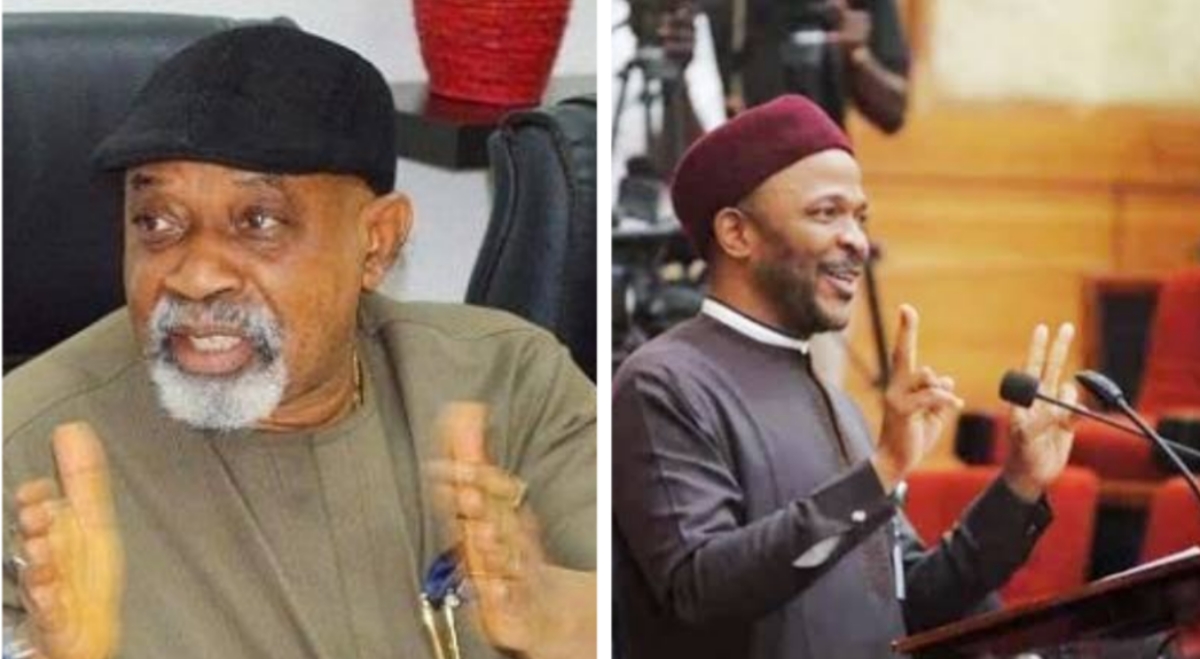 Smart Madu-Ajaja, a Nigerian civil-right activist based in the United States of America has blasted the Minister of State for Education, Chukwuemeka Nwajiuba, for picking the All Progressives Congress N100 million Expression of Interest and Nomination forms to contest the 2023 presidential election amidst the Academic Staff Union of Universities strike.

The Nigerian activist also slammed the Minister of Labour and Employment, Dr. Chris Ngige over his declaration to contest the 2023 presidential election.

Madu-Ajaja, who doubles as the ‘Open Nigeria Project’ coordinator, said it was shameful and unacceptable for such to happen under Nwajiuba and Ngige who are the supervising ministers of education and labour under which the ASUU strike fester.

Recall that media houses including WITHIN NIGERIA reported that the minister obtained the N100m forms to contest for the nation’s top job on the party’s platform at the Muhammadu Buhari House of the APC National Secretariat in Abuja on Wednesday.

This is happening amidst the protracted 76-day strike embarked by the university lecturers since February 18, 2022 which has crippled academic activities across the country.

But the education minister and his labour counterpart, who’s also an arbiter in the ASUU/FG face-off, were busy jostling for the 2023 presidency on the platform of the APC.

This, the activist in a statement sent via e-mail to one of our correspondents in Kaduna on Friday, said was unacceptable, urging Nigerians to vehemently rise and kick against it.

He said, “Is it not a shame that those including the junior Minister of Education, Minister of Labour, who are responsible for keeping our universities indefinitely shut are the ones paying N100m and N50m each to buy the presidential expression of interest and nomination forms from the All Progressives Congress while the victims of their abuse, their families and the whole country watch helplessly?

“Where are the Nigerian university students for goodness sake? Where is the National Association of Nigeria Students (NANS) leadership or have they been settled as usual and confused?

“Corruption has wrecked Nigeria on all fronts because the country is under the locks and keys of it’s less than one per cent from its political class and their accomplices from the corporate Nigeria. But why can’t we run an open country, and why can’t we be what we want to be?”