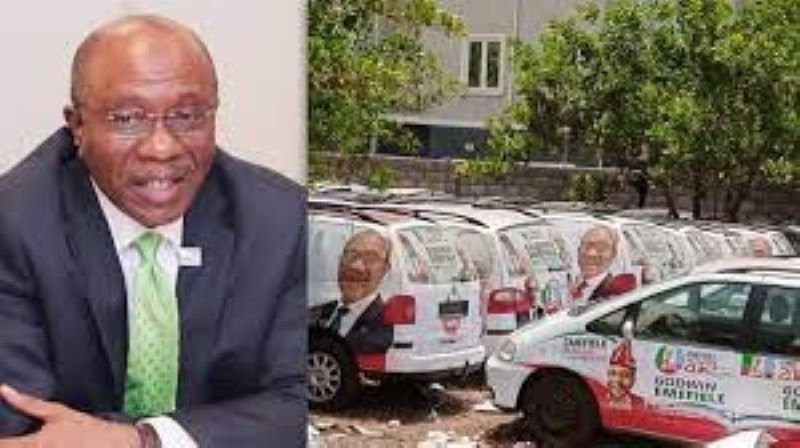 Presidents of the Niger Delta Ethnic Nationalities Youth Leaders Council have called on Governor of Central Bank of Nigeria, Godwin Emefiele to contest the 2023 Presidential election.

The call is part of the resolution reached during a conference in Warri, Delta State on Monday.

Arising from the conference, the youth presidents said they were ready to throw their weight behind Emefiele if he eventually declared.

In a resolution issued at the end of the conference, the youth presidents of the various ethnic nationalities in the Niger Delta region, stated, “Even though Godwin Emefiele is yet to officially declare to contest for President in 2023, we are however, assuring Godwin Emefiele of our overwhelming supports should he eventually declare to contest for President”.

The resolution, which was signed by the group’s Vice President, Edward Odun; Comrade Enudu; Henshew Bassey; Edeki Ahanmisi, Solomon Isogon; and 15 others explained that it is the body’s “desire and prayer that Niger Delta States, where Godwin Emefiele comes from, be considered to produce the next President should he (Godwin Emefiele) join the Presidential race”.

“We, hereby encourage and assure Mr. Godwin Emefiele that he has the support of Niger Deltans, and indeed, Delta State, being his root, considering his numerous achievements, such as the Investment and Exports Forex Window created by Emefiele that attracted over $10 Billion dollars investments to Nigeria”, the group stated.

The Niger Delta youth leaders expressed confidence, saying, “Godwin Emefiele, who is serving a second term as Governor of Central Bank of Nigeria, is ably qualified, competent and has the capacity to take over from President Muhammadu Buhari come May 29th, 2023.”