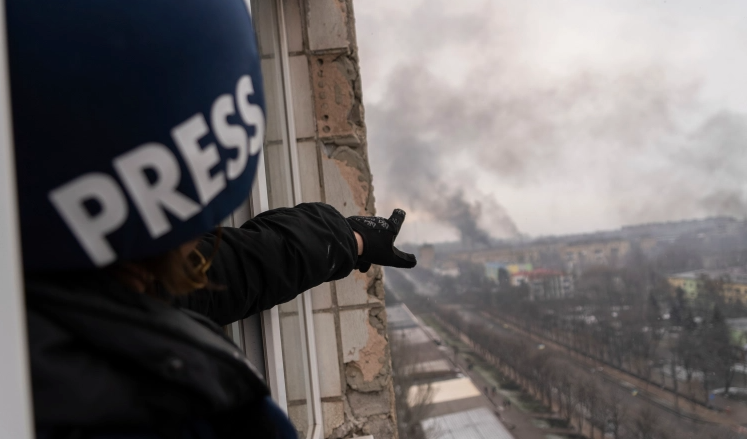 Since Russia initiated its invasion, seven journalists have been killed in Ukraine, and many more are being targeted and face unprecedented danger while performing their duties.

According to the most recent UN data, seven journalists have been confirmed dead in Ukraine since Russia’s invasion on February 14; the last time this many media workers were slain in Ukraine was in 2014, when Russia took Crimea.

The UN-appointed independent rights experts, including the UN Special Rapporteur on freedom of expression, issued an alert citing “many accounts” of journalists being “targeted.”

According to reports, journalists have been tortured, kidnapped, attacked and killed, or denied safe exit from besieged cities and regions.

The rights experts, in a statement, stated that Russia’s war against Ukraine had been made easier by the “silencing of critical voices over a prolonged period of time’’.

They highlighted the blocking of social media platforms and news websites in Russia, and the disruption of foreign media services.

According to experts, Moscow’s “massive labelling” of independent media as “foreign agents” is a source of concern.

“We deplore the systematic crackdown on political opponents, independent journalists and the media, human rights activists, protesters and many others opposing the Russian government’s actions.

“All these measures amount to the creation of a state monopoly on information in blatant violation of Russia’s international obligations,” they stated.

The rights experts stressed that disinformation is also being spread about Ukraine in Russian State-owned media, NAN reports.