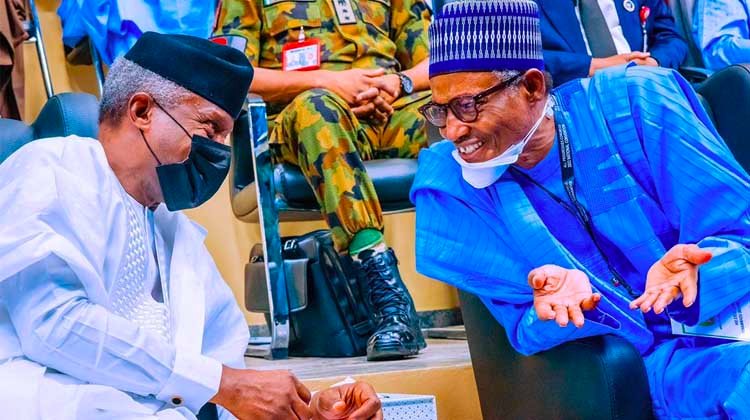 Vice President Yemi Osinbajo, yesterday, commended the approach deployed by his boss, President Muhammadu Buhari, in the fight against insecurity in the country, saying that he has done well.

Osinbajo said that Buhari had held more security council meetings than his predecessors and that the President had procured security gadgets for the armed forces to enable them fight terrorism and other violent crimes to a standstill.

The VP spoke in Awka, the Anambra State capital during his consultation meeting with the leaders of the All Progressives Congress (APC), in the state concerning his 2023 presidential ambition.

Osinbajo, however, said that more needed to be done to contain the growing level of insecurity in Nigeria. He said that the country would need to recruit more people into the armed forces and procure more security gadgets.

“We are also looking at Armoured Personnel Carrier. Security is central in everything we are doing in this government because without security… but I believe that every government has its challenges.

“The challenge of this particular government is security because we are opening up everywhere. We have opened up the North-East and containing the insecurity there. The same with the North-West; we are also handling the cases of violence going on everywhere including in the South East and the South-South.