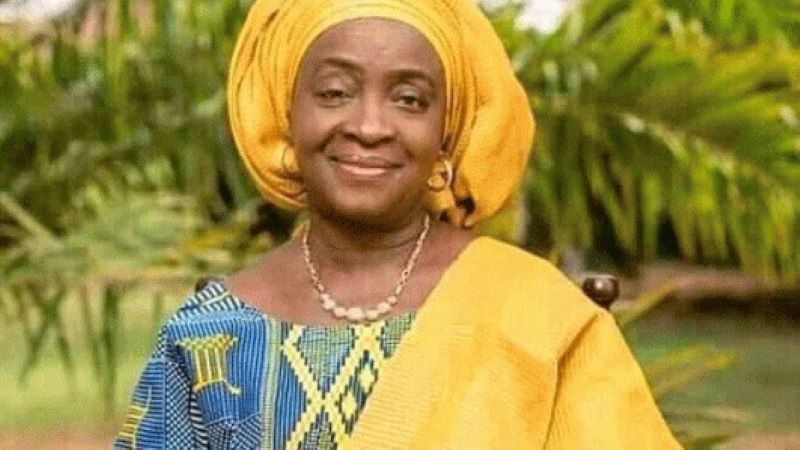 Prof Nora Ladi Daduut, representing Plateau South senatorial district in the National Assembly has narrated her ordeal in the hands of the hoodlums who were youths from her constituency.

WITHIN NIGERIA recalls that the Senator was reportedly held hostage for three hours by armed hoodlums after she commissioned an Information and Communication Technology (ICT) centre in Namu, Qua’pan Local Government Area of the state.

Some vehicles in the entourage of the lawmaker including a security vehicle were said to have been razed by irate youths who accused her of poor representation and abandoning her constituents.

Speaking with The Tribune, Daduut said, “I was in Namu to commission my constituency project. The project, an ICT/e-library centre, is meant to empower youths in my constituency by way of connecting them to the global world.

“The centre is well equipped and connected to the Internet. Before that time, final-year secondary school students in the area often found it difficult to register for UTME, SSCE and other examinations but with this project, they would not have to go to Jos or nearby towns for this anymore.

“This is what took me and my entourage to Namu. Before the commissioning, my staff had been there to inspect the project.

“There was no sign of disenchantment; we were well received. The people of the community trooped out to receive us. Women and students came out in their numbers. I had written to inform the governor about the commissioning. He could not come but he sent a powerful representation. Stakeholders in the constituency, including traditional rulers, graced the occasion. The programme was a huge success. It was devoid of any hitch; everything went well. We were given a rousing welcome. It was conducted in a peaceful atmosphere.

“After the commissioning, we set out to return to Jos but as my convoy, including journalists, was driving out of the venue, we suddenly noticed barricades and hoodlums, in their numbers, with different kinds of weapons.

“The police behind us took a different direction. They also set up a bonfire to prevent us from moving. I told the security men with me to be calm and tried to ask the youths what their action was about but they did not listen. In the twinkling of an eye, my convoy was surrounded.

“They deflated two of my tyres, banging on the vehicle while others were hauling stones at us. On noticing what was happening, other dignitaries like the traditional rulers, commissioners, invitees from Abuja and others took other directions and took refuge in the palace of the traditional ruler in the area.

“Apart from my two security men, there were no other security men within the vicinity. Those that were with us during the programme were nowhere to be found. I was confused. I didn’t know what to do. Stones were coming from different directions.

“When the vigilantes came, they tried to salvage the situation but the youths were not ready to listen to anybody. Amid the confusion, one of them came forward and I rolled down the side glass.

“He said some security men early that day came to arrest some youths in the community and that anytime such arrests were made, those apprehended were never released despite their innocence.

“He said those arrested must be released otherwise they would not allow us to go. They told me to use my position to secure their release. They also said the government promised them the sum of N10million when their yam market got burnt and up to that moment, the government had yet to redeem the promise.

“I was told to tell the government to do the needful, but they would not allow us to go until those arrested from the community were freed. At this point, they deflated the tyres of the bus of the Nigeria Union of Journalists and my security vehicle.

“The journalists, about 15 of them, were molested after which fled in different directions, some into the bush. The hunter squad prevailed on them to allow me to address them and I told them I came for their goodness and to give them facilities that would make them more literate, expose them to the outside world and keep them abreast of developments.

“I told them I was a mother and a teacher by profession and was passionate about their wellbeing; that I facilitated the construction and equipping of the ICT/e-library centre to empower them, make them grow and boost their education.

“I told them that I would inform the concerned authorities and make sure that the arrested youths were released. I promised to get the understanding of the authorities to secure their release. I further assured them that the arbitrary arrest of innocent youths would be stopped henceforth.

”Despite my assurances, they remained adamant and intensified their harassment. The two security men with me maintained their stand and made sure they did not have access to me and my husband inside the vehicle.

“In the process, the military men came because the police were nowhere to be found except my overwhelmed security personnel who were keeping the youths from gaining access to me. The arrival of the military saved the situation because they listened to them and said we could go.

”As they were trying to remove the roadblocks, a police van suddenly appeared from nowhere with two corpses and this triggered a full-scale violence. They went wild, saying they had started killing them at a particular place in Namu.

“They went berserk. At this point, my pilot Hilux van and NUJ bus were set on fire and my driver decided to take a risk with the deflated tyres and charged through the burning barricades. He continued driving while the youths pursued us on motorcycles and went ahead of us to mount another roadblock but my driver continued.

“The situation persisted until the military took us into their vehicle and led us to Kwande, a town about 40 kilometers from Namu. There, the chairman of Qua’pan Local Government Area and his deputy provided a vehicle that took us to Jos.

“It was a nightmare. I am yet to recover from the shock. It was traumatic being held hostage for three hours. The youths refused to budge despite pleas from various people, especially the hunter squad, to allow us to go. It was a terrible experience that no one should wish for their enemy.

“It was like staring death in the face. It was a close shave with death because most of these youths were under the influence of alcohol or drugs. I couldn’t imagine that youths whom we consider to be leaders of tomorrow could display such a barbaric act.

“The entire time, I was praying for myself, my husband and those I invited from both far and near, including journalists that I invited from Jos to cover the event; that nothing bad should happen to us.

”And I thank God none of these people were harmed. Some of them escaped into neighbouring Lafia in Nasarawa State. On my arrival in Jos, I went to see the governor and narrated my experience to him and his response was that there was an element of politics in it.”

She, however, said the experience would not deter her from carrying out projects for her constituents particularly women and youths.