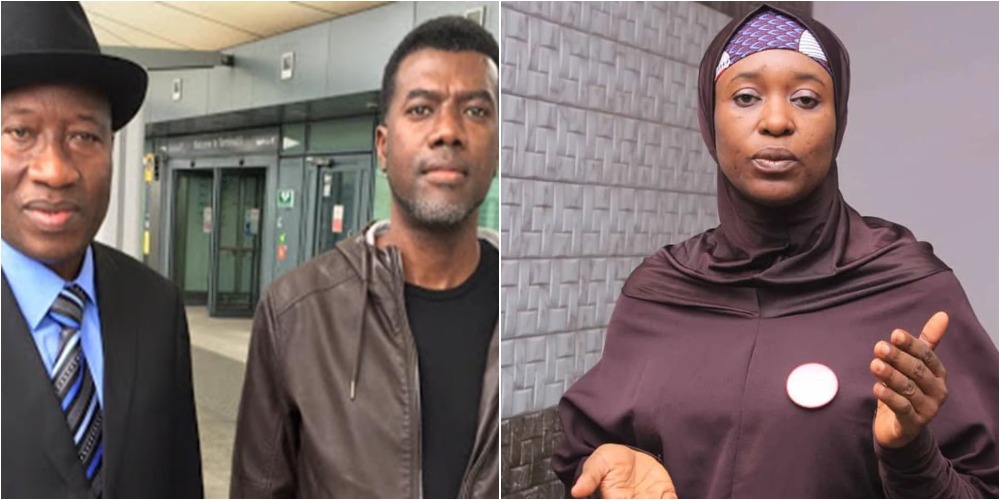 WITHIN NIGERIA had reported that Jonathan on Monday got APC’s N100million presidential nomination form which was reportedly purchased by a group.

Although Jonathan has not stated if he will run for president in 2023, Reno Omokri, an outspoken critic of the APC, has rejected Jonathan’s plans to leave the Peoples Democratic Party, PDP.

Reacting shortly after the group purchased Jonathan’s presidential nomination form, Aisha Yesufu tweeted, “Where is Reno Omokri @renoomokri? Please assume it is Dr Oby Ezekwesili @obyezeks that has been reported by @BBCAfrica to have purchased APC Presidential form and start tweeting. Sew threads, buba and wrapper!”.