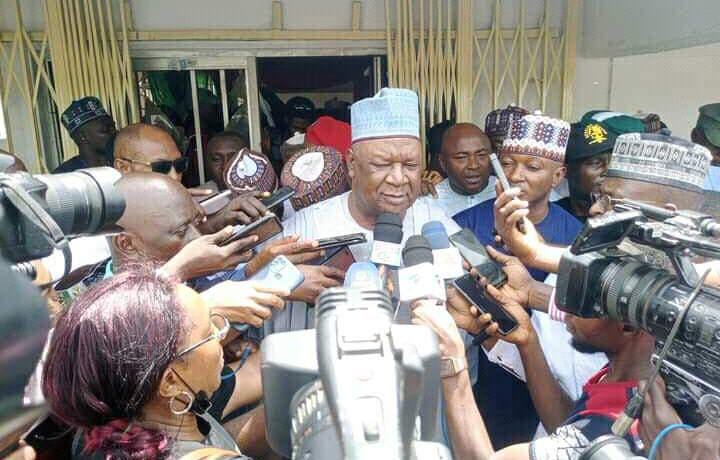 Anyim to Kaduna PDP delegates: Support me to bring back good old days

A presidential hopeful on the platform of the Peoples Democratic Party (PDP), Anyim Pius has stated that he has the capacity to “bring back the good old days”.

This was stated on Monday by the former senate president while addressing PDP delegates in Kaduna.

Anyim, who described himself as a nation builder and a nationalist, said if elected president, his experience in politics will prove useful in the management of the country.

“I want to say that the situation we are in Nigeria today requires a consensus builder like me to bring all shades of opinions together and address everybody’s needs and bring unity back to Nigeria,” he said.

“We are about to recruit a leader — the person who will lead Nigeria out of these problems to growth, security and prosperity.

“We have no other country and what we looking for at a time like this is a man who will reunite us for us to be our brother’s keeper — that is the leadership I am offering.

“To make Nigeria great again, I am going to address only one area. I have told you that if I revive the economy of Kaduna, even insecurity will come down.

“I speak as a nation builder; I speak as a nationalist. The foundation of our nation as it is can only be strengthened by a nation-builder. If I come to ask you for partnership, I am not only asking you to just support me, I am saying we must work together to build our nation, and if you have the right leadership, everything will work well.

“If you don’t get the right leadership, everything will go for the worst. I feel I am that leader Nigeria needs now. The reason is that from the vintage positions I have had in government, I have stabilised the parliament and laid a new foundation and since then, no impeachment ever happened in the parliament.

“I was the engine of government of the PDP administration headed by President Goodluck Jonathan and today, I hear Nigerians say bring back PDP and on the other side, the APC will say bring back Jonathan. If you support me, I will bring back the good old days. My government will be an all-inclusive government. If you vote me in, Nigeria will be greater again.”

Anyim was elected into the Nigerian senate in May 1999, and subsequently became the senate president in August 2000 after the impeachment of Chuba Okadigbo.

He held the position of senate president until he left the upper legislative chamber in May 2003.

He also served as the secretary to the government of the federation during the Goodluck Jonathan administration.