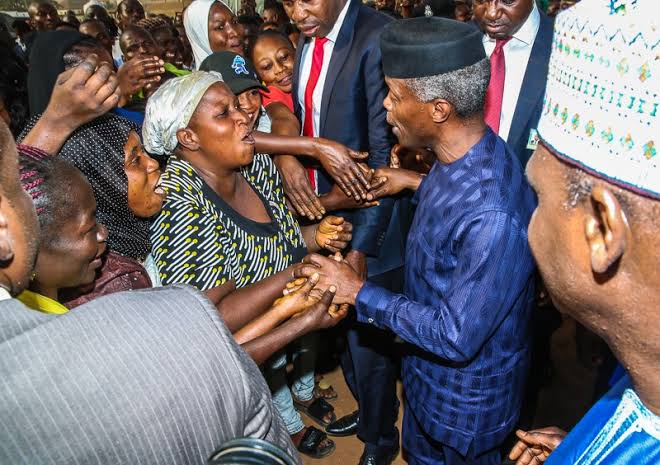 A female support and advocacy group, SMART Women has appealed to delegates of the All Progressives Congress (APC) to vote for Vice-President Yemi Osinbajo in the party’s presidential primary election.

The appeal was contained in a statement released by the group’s conveners, Folake Aina and Bunmi Oke after Osinbajo submitted his nomination and expression of interest forms in Abuja.

The leadership of the Progressive Project (TPP), a support group promoting Osinbajo’s presidential bid, had reportedly submitted the forms on Wednesday.

The group said it is clear that Osinbajo is the man Nigerians are waiting for, adding that it is only right that the delegates not cut short the wishes of the people.

The women also appealed to the leadership of the party to ensure that all the votes of the delegates count.

“It is not only unfortunate that some aspirants are just in the race to test waters, it is highly ridiculous that some of them are withdrawing even before the contest,” the statement reads.

“It is not in doubt that Osinbajo is the most qualified, most suitable and most prepared for the top job, having been in the saddle for seven years and learnt the ropes.

“His loyalty to his principal, his passion and dedication for the job and his commitment and patriotism towards a united Nigeria are unparalleled.

“Nigeria does not need a greenhorn that will learn on the job. Our country needs someone that will hit the ground running.

“Allowing delegates to go through the rigours of a 48-hour contest like we witnessed in 2014 at the Teslim Balogun Stadium in Lagos, without coming out with an acceptable candidate for the party may not help the APC’s course.

“It is in the light of this that we passionately appeal the delegates to please use their good conscience in ensuring that a good man, who is the hope of Nigeria emerges.

“We all know that the VP will definitely emerge the President of Nigeria in a free, fair and credible election, so why waste time in making him the APC candidate?

“It is in the light of these facts, that we are asking to the leadership of the APC and all the delegates to vote Vice President Yemi Osinbajo as thier preferred candidate and also announce him as the lawful custodian of the party’s ticket.”