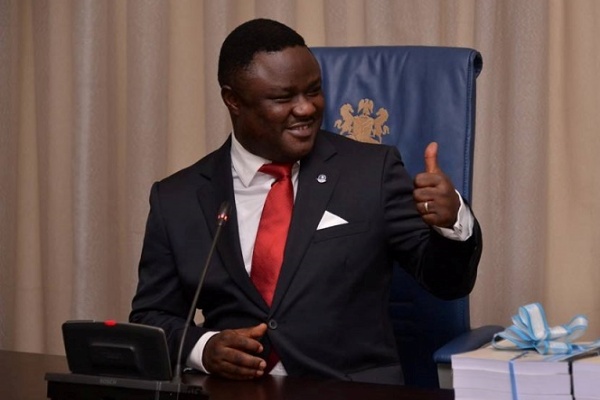 Governor Ben Ayade of Cross River State has submitted his presidential nomination and expression of intention forms at the All Progressives Congress (APC) National Secretariat in Abuja.

The Submission which took place at the office of the National Organising Secretary of the party was done on behalf of Ayade by Barr Alphonsus Eba, the Cross River State chairman of the APC.

In a press statement endorsed by Christian Ita, Media Adviser to Governor Ayade, the Cross River State APC Chairman was said to have eulogised the governor for his achievements in the last seven years, declaring that Nigeria needed an Ayade to fix the country.

“With near-zero allocation, Ayade has been able to do magic in the state. We can boast of over 32 factories, network of roads and world-class infrastructure strategical situated across the state. These great achievements and more will be replicated in Nigeria if Ayade becomes President,” he said.

Eba added that every problem faced by the country would be surmounted when Ayade becomes the president of the country in 2023, describing the governor as the ‘best light that will illuminate Nigeria.”

“What Nigeria needs at this moment is a man who can frog leap the country into a first-world economy and we have found such man in the person of Senator, Professor, Barrister Ben Ayade, the Executive Governor of Cross River State,” Eba declared.