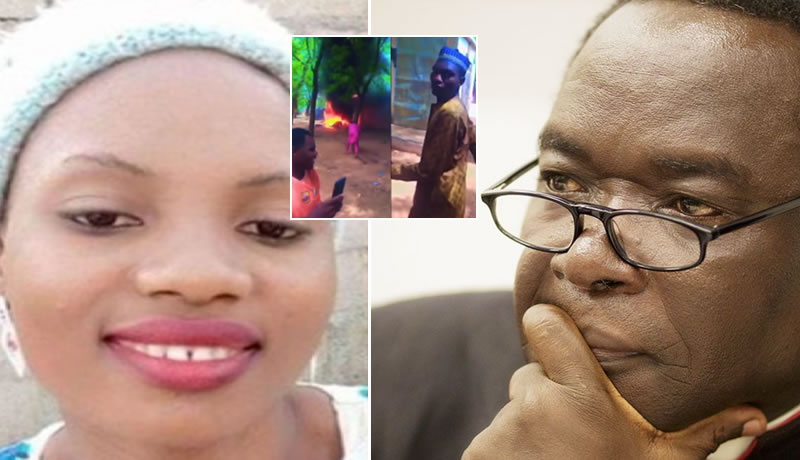 The Catholic Diocese of Sokoto said protesters did not kill or injure anyone during Saturday’s attack on the Holy Family Cathedral, Sokoto.

A statement signed by the Director of Communications Catholic Diocese of Sokoto, Christopher Omotosho, said the protesters, however, vandalised parts of the cathedral and another church in the city.

The statement said the church’s guards repelled the protesters before they did more damage.

The rampaging youths were protesting the arrest of two men in connection with the lynching of a Christian student, Deborah Samuel, for alleged blasphemy.

To contain the protests, the Sokoto State government declared a 24-hour curfew in the state on Saturday.

Mr Omotosho said the angry youths, “led by some adults in the background,” attacked the Holy Family Catholic Cathedral. He said they destroyed the church’s glass windows, those of the Bishop Lawton Secretariat, and vandalized a community bus parked within the premises.

“They were promptly dispersed by a team of mobile policemen before they could do further damage.

“The hoodlums also attacked the Bakhita Centre located along Aliyu Jodi road and burnt down a bus within the premises. They torched St. Kevin’s Catholic Church in Sokoto.”

The statement said Mathew Kukah, the bishop of the diocese, commended the security forces for promptly rising to the occasion to prevent further damage at our facilities.

Mr Kukah called on Christians to remain law-abiding and pray for the return of normalcy.

He declared the suspension of all Masses in the metropolis until the government lifts the curfew.