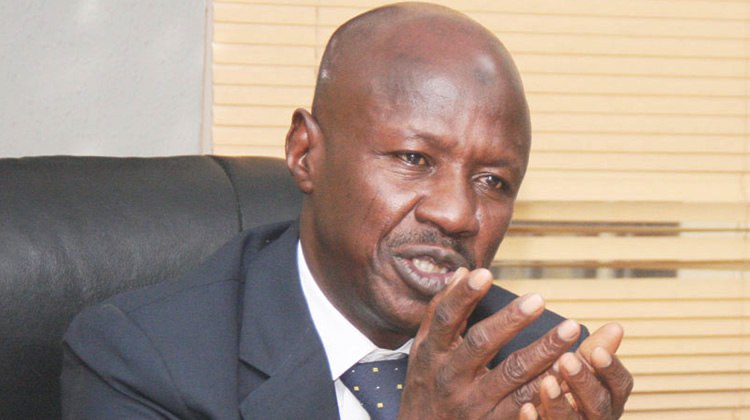 The Police Service Commission’s has promoted the suspended acting Chairman of the Economic and Financial Crimes Commission, Ibrahim Magu,to the level of Assistant Inspector-General of Police.

The commission’s spokesperson, Ikechukwu Ani, announced Magu’s promotion in a statement on Monday.

According to Ani, Magu was promoted alongside some senior officers at the 15th Plenary Meeting of the commission on Friday.

He said aside Magu, seven Commissioners of Police were promoted to Assistant Inspectors General of Police.

He said, “The Plenary Meeting which began on Wednesday, May 11th 2022 was presided over by Alhaji Musiliu Smith, Chairman of the Commission and former Inspector General of Police. DIG Amadi, currently acting, replaced late DIG Joseph Egbunike and will be representing the South East in the Force Management team while DIG Senchi was the most senior in the AIG cadre.