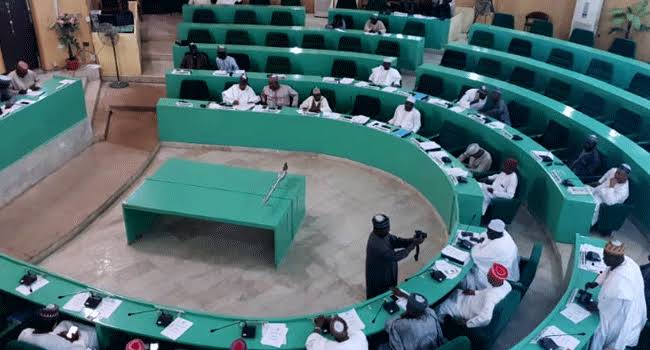 The Kano State House of Assembly has postponed its resumption earlier scheduled for May 16 by three weeks.

This is contained in a statement in Kano, on Sunday by Uba Abdullahi, the Director of Press of the Assembly.

The News Agency of Nigeria, however, reports that no reason was indicated for the decision.

Meanwhile, the Kano State Governor, Dr. Abdullahi Umar Ganduje has directed the State’s Head of Civil Service, Usman Bala to oversee the Office of the Chief of Staff to the Governor with immediate effect.

The State Chief of Staff, Ali Bukar Makoda, had resigned his position after decamping from the ruling All Progressives Congress, APC, to the New Nigerian Peoples Party, NNPP, late Friday.

However, Ganduje in a statement issued by the commissioner for Information, Malam Muhammad Garba, indicated that the supervision would be pending the appointment of a substantive Chief of Staff.

The Governor, the statement added, expressed the hope that there would be effective supervision and coordination by the Head of Service, having served in the office before.

Usman Bala was the State Cheif of Staff during the first tenure of Governor Ganduje, but was sacked and appointed a Permanent Secretary.