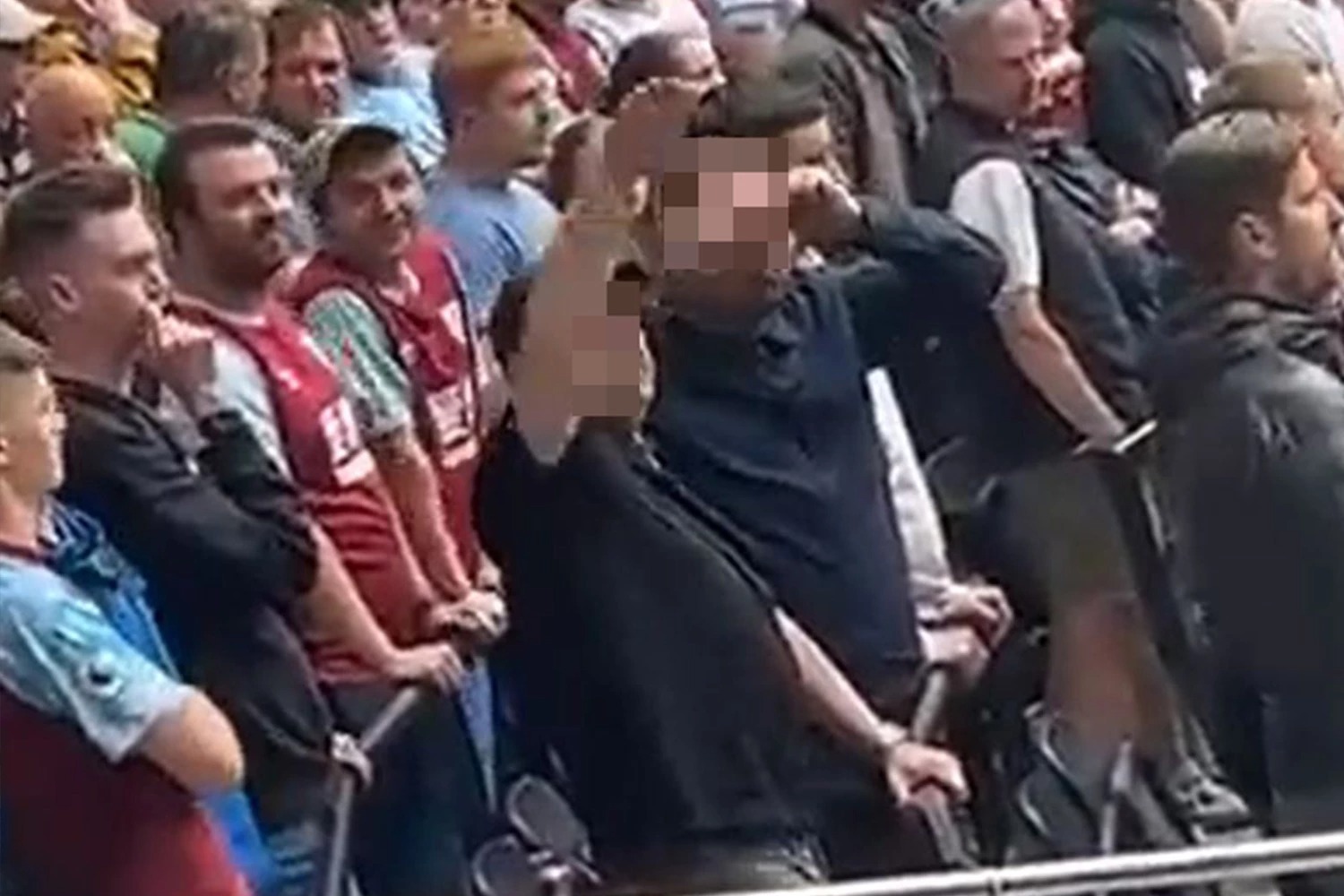 The Metropolitan police has arrested two Burnley Football Club fans for discriminatory gestures after they were caught on video making a Nazi salute towards Tottenham supporters during their Premier League match on Sunday.

In viral footage shared online, one supporter was seen making the discriminatory gesture towards the Spurs supporters at the Tottenham Stadium, while another next to him mimicked sobbing.

Stewards later removed the fans from the stadium after Tottenham supporters made complaints.

The Police confirmed that two men have been arrested on suspicion of a racially aggravated public order offence. 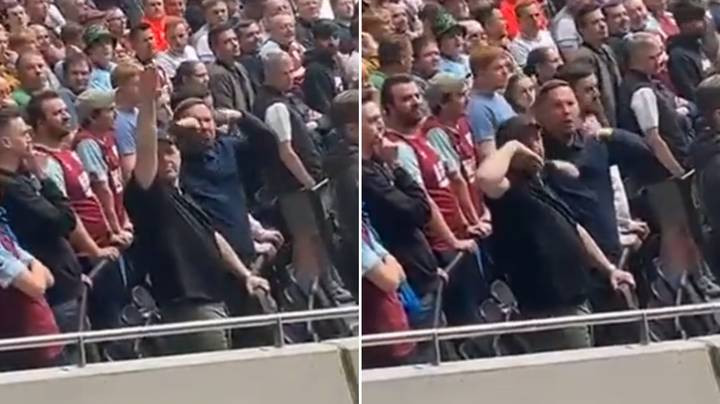 Met Police said: ‘During the Tottenham v Burnley match on Sunday, 15 May, officers were alerted to two men who had been ejected from the Burnley section of the stadium.

‘Both men were subsequently arrested by Met officers on suspicion of a racially aggravated public order offence. They have been taken into custody.’

Both Premier League clubs addressed the arrests in statements on social media, saying they are supporting the police in their investigation.

A Burnley statement read: ‘We can confirm there have been three arrests in the away end today following reports of discrimination.

‘This is now a police investigation and, collectively, we will work with Tottenham Hotspur, Met Police and Lancs Police on this matter.’

An earlier Tottenham statement read: ‘The club can confirm two visiting supporters have been identified and arrested following discriminatory gestures at today’s match.