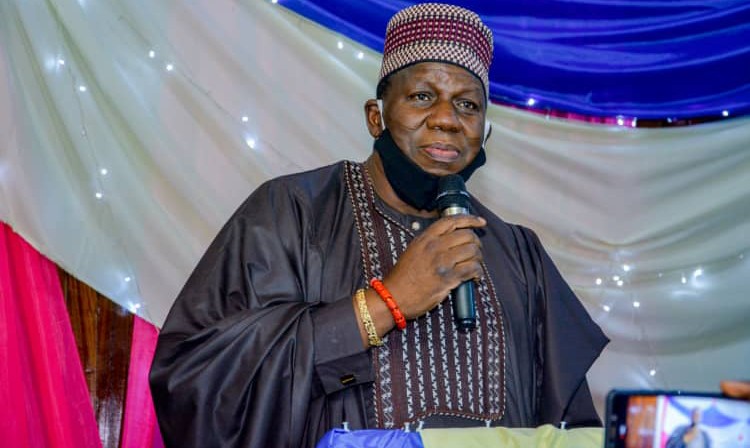 Former Commissioner of Health in Oyo State, Dr Azeez Popoola Adeduntan has joined the governorship race, on the platform of the All Progressives Congress (APC) in the 2023 general elections.

Adeduntan who made the declaration in Ibadan on Tuesday, 17th May 2022 at the DAPAF Building, Alakia, boasted about how his antecedents in the past government as a commissioner, and as a medical expert are solid enough to make him fit for the governorship position.

“It was during my time as a commissioner, that Oyo began the more publicised National Health Insurance Scheme which has helped in reducing the death rate among pregnant women in the state.

“Also, equipment, fencing and painting of Adeoyo Hospital and other hospitals in Oyo State; closure of substandard hospitals, which has now been brought back because a lot of quacks are now operating in Oyo State with unnecessary deaths. We put in place an effective censoring of all those hospitals but since our (APC) absence in the last two and a half years, they have returned with vengeance.

“We also introduced an endowment fund and built Agbami Centre at Jericho which has now been converted to Isolation Centre.

“The endowment fund got us a N1 billion worth of equipment from the United States at no cost to Oyo State government in 2017 and 2018.

“The commonest cause of fever in Nigeria today and in Africa is malaria. When we were in government, we were able to reduce malaria incidence from one represented at 34%,” he hinted.

Addressing journalists at the declaration, Adeduntan decried the state of facilities in the education and health sector in Oyo State under the present PDP led administration and promised to make a change if elected governor in 2023.

While unveiling his seven-point agenda for governance which are the security of lives and properties; health; education; youth empowerment; infrastructure; social welfare for the aged and unemployed; and farming, the Harvard University-trained cardiovascular surgeon said: “If elected, I shall immediately embark on the full restoration of the glory of Oyo State and make the people the pillar of our government.

“I promise the people of Oyo State to restore effective security of life and property, which is daily becoming a cause of serious concerns to residents of Oyo State.

“I present myself as a capable, competent and tested hand to make Oyo State greater.

“Looking at other competitors, I am the best to wrestle power from Governor Makinde and give Oyo State back her pacesetter status.”

Present at the declaration were Hon Adeleke John from Iwajowa local government, a retired lecturer in Zoology, Ganiyu Oladimeji, Ajulo Oluwatoyin, unit women leader, amongst others.