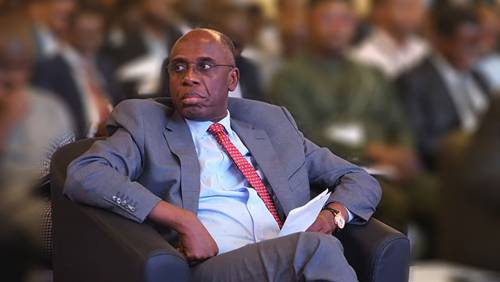 Former Minister of Transport and presidential aspirant on the platform of the All Progressives Congress (APC), Rotimi Amaechi, in Kano on Wednesday has said that he is more qualified than APC national leader Senator Ahmed Bola Tinubu and Vice President Yemi Osinbajo.

However, the Kano State governor, Dr Abdullahi Umar Ganduje has tactically avoided endorsing Amaechi as the APC presidential candidate for the 2023 election

Amaechi visited Kano on Wednesday as part of his consultations ahead of the APC presidential primary.

Amaechi told Ganduje, “I know your position as far as our party presidential candidature is concerned, and I want you to change for me”.

Amaechi added that he was more qualified than Tinubu, noting that the former Lagos governor had never been a minister, and even as a lawmaker, Tinubu only served for a few months.

He equally stated that he was more qualified than Vice President Yemi Osinbajo, saying that while Osinbajo was a commissioner in Lagos, he was already a Speaker of Rivers State House of Assembly.

However, Ganduje, believed to be supporting Bola Ahmed Tinubu’s ambition, told him, “Kano is a swing state and we will continue to swing until the end, so try and be part of the swings”.

However, Ganduje commended Amaechi for his endearing efforts in standing with the APC and fighting for it in the wee hours of the Peoples Democratic Party (PDP) presidency.

He said, “We are aware of how you suffered for our party at the ‘mega movement’ stage of its formation, as Buhari’s campaign director.”