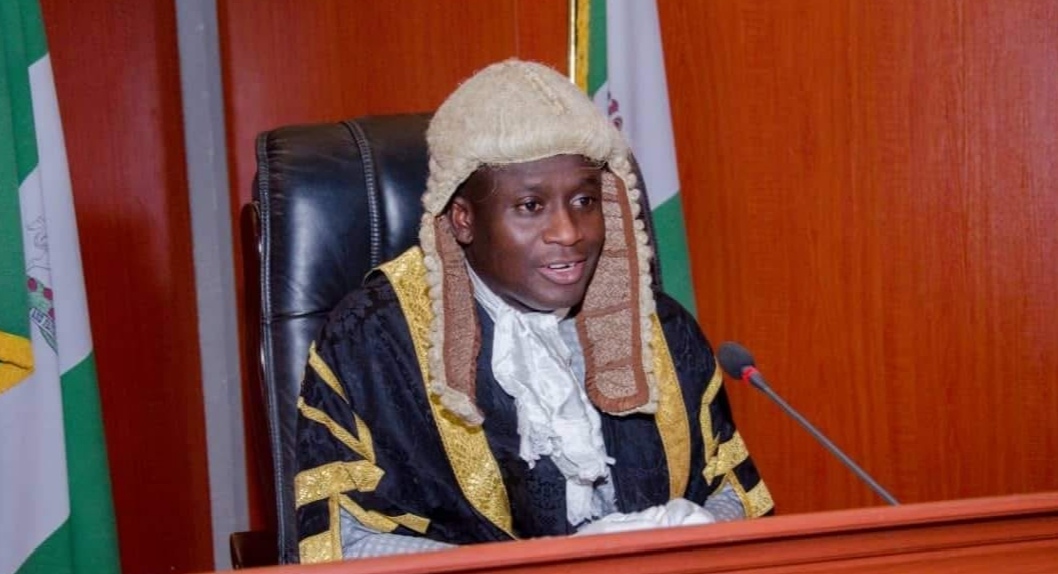 He declared the seat vacant at the plenary on Wednesday after reading a letter by Hon. Ndamusa Mohammed Guyegi, (Edu Constituency) on his defection from the All Progressives Congress, APC, to the Social Democratic Party, SDP.

Ndamusa said in the letter that his defection was premised on the prolonged division and faction that paralyzed the APC since the inception of the present administration at the local government, state and national levels.

However, the Speaker countered his claim, arguing that there was no division or faction within the ruling APC government from national to the ward levels that could warrant Ndamusa to defect to another political party having been elected on the platform of the All Progressives Congress, APC.

He said Ndamusa had breached Section 109(g) of the 1999 Constitution of the Federal Republic of Nigeria (as amended) by vacating his seat.

Ndamusa, becomes the second member of the House whose seat would be declared vacant by the Speaker of the House as a result of defection to another political platform.

Saheed Popoola’s seat, (Ojomu/Balogun) was similarly declared vacant by the Speaker following his defection to the SDP recently.