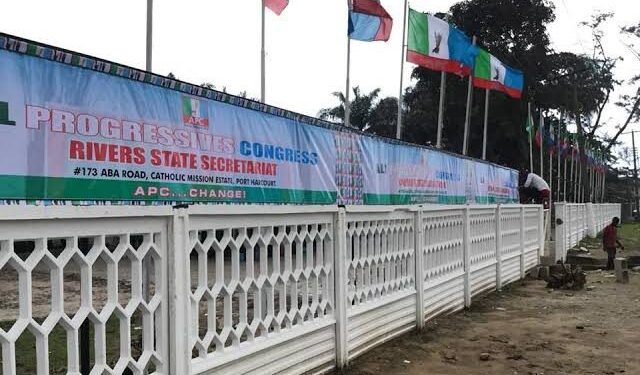 Hundreds of party members loyal to a gubernatorial hopeful, Magnus Abe, surrounded the premises, alleging a hijacking of state House of Assembly aspirants’ screening and selection of ward/state delegates.

Earlier, disgruntled party hopefuls and supporters who came at the secretariat about 6 a.m. said there was a scheme to disenfranchise them since the entrance gate was barred.

However, as some of the teenagers attempted to physically open the gates, the policeman stationed inside the party office fired into the air.

As everyone outside, including journalists covering the rally, scurried for shelter, there was a chorus of bullets.

Some journalists and other demonstrators were injured and had their phones and personal things stolen.

At the time of writing, authorities were unable to corroborate a social media claim that one of the protestors had been murdered.