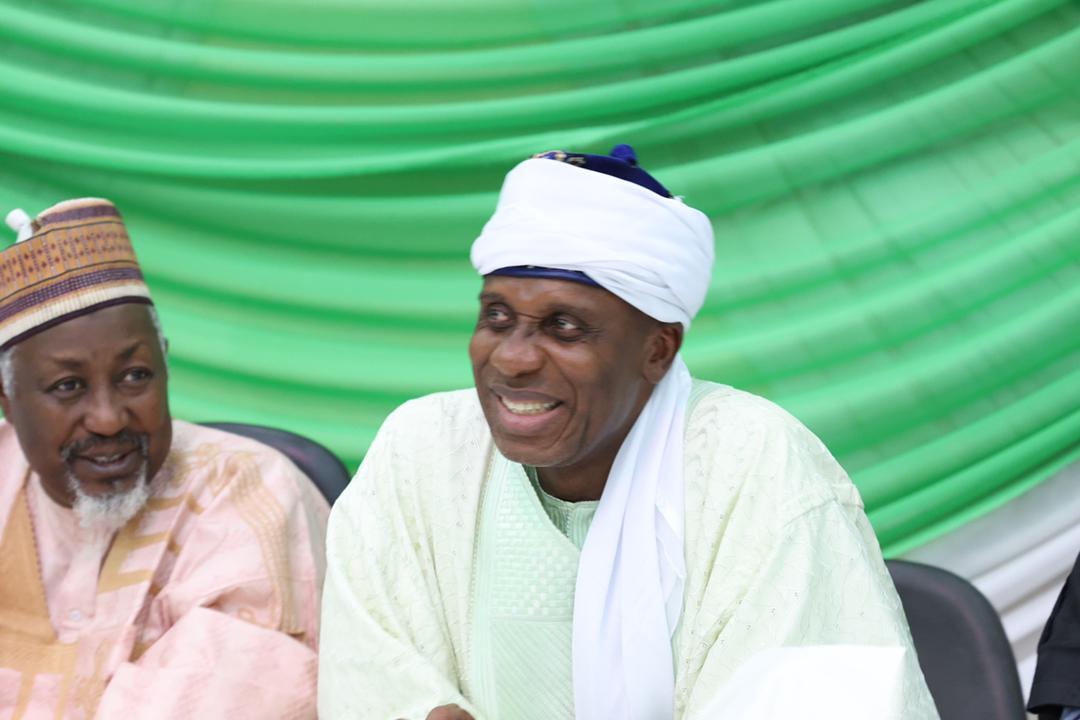 Governor of Jigawa state, Muhammad Badaru has expressed his support for the presidential bid of Rotimi Amaechi, former minister of transport.

Amaechi visited the governor on Wednesday.

“Your excellency, our leader in APC, chief Rotimi Amaechi, it is indeed my pleasure to receive my friend, a friend in this struggle. I know what we have done to keep this party alive today. I know what we have done to make sure we succeed in the 2019 elections. I don’t know too much about 2015, but I know that our guest played a key role in bringing APC into power,” Badaru said.

“One thing I respect about my big brother and friend (Amaechi) is that what you see is what you get. He doesn’t lie; he doesn’t pretend. He says it straight, and that’s the quality of leaders this country needs.

“Some of you might begin to think, ‘Ah, Badaru you are also a presidential aspirant’, but I assure you, there’s is no contest between me and Amaechi. We belong to one father and we respect one father, and for sure, we will move in the same direction.

“We are all the children of President Muhammadu Buhari who loves us dearly and respects us, and whatever we do certainly must have his blessing, and that blessing we respect.

“So, Jigawa delegates, when you think of me, think of Amaechi too. I can tell you, there is no contest. On that day, either I run or he runs. But the two of us will never run (against each other).

“It’s either Amaechi or me. Both of us won’t be on the APC presidential primary ballot.”

The former minister of transportation met with APC delegates in the federal capital territory (FCT) earlier in the day.

Speaking with the delegates, he promised that the FCT would be treated in sharing of appointments as if it were a state if he is elected president.

“All of us will participate collectively, so that if we fail or succeed, all of us will be participants in either the failure or the success. But I can assure you we won’t fail because I’ve never failed.”

Amaechi, who has been traversing the country over his presidential bid, also met with APC delegates in Nasawara on Tuesday.