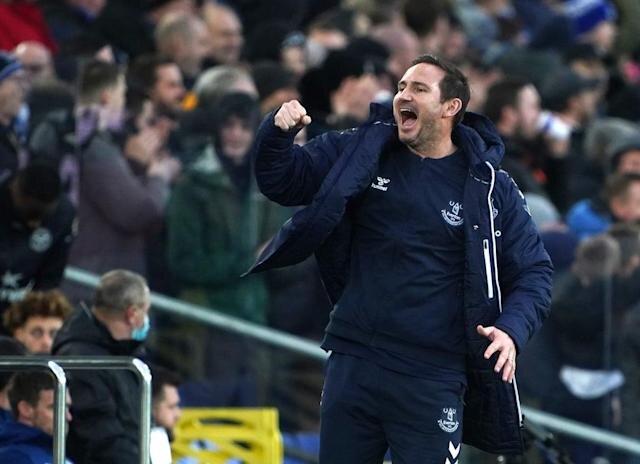 Frank Lampard, manager of Everton, praised his team’s battling spirit after they returned from two goals behind to defeat Crystal Palace 3-2 on Thursday night.

His goal capped a comeback that began with Michael Keane’s finish and Richarlison’s sixth goal in nine games.

Lampard said: “What we’ve just seen, it’s Premier League safety, it’s not Champions League. But what it means to the club and circumstances they were given in.

“The character of this club, the fans, players, just got us through. The spirit of the club was immense.

“There are a lot of people who work so hard for that, the players, the board, the fans, my staff. It’s a huge night for Everton and now we want to take that forward.”