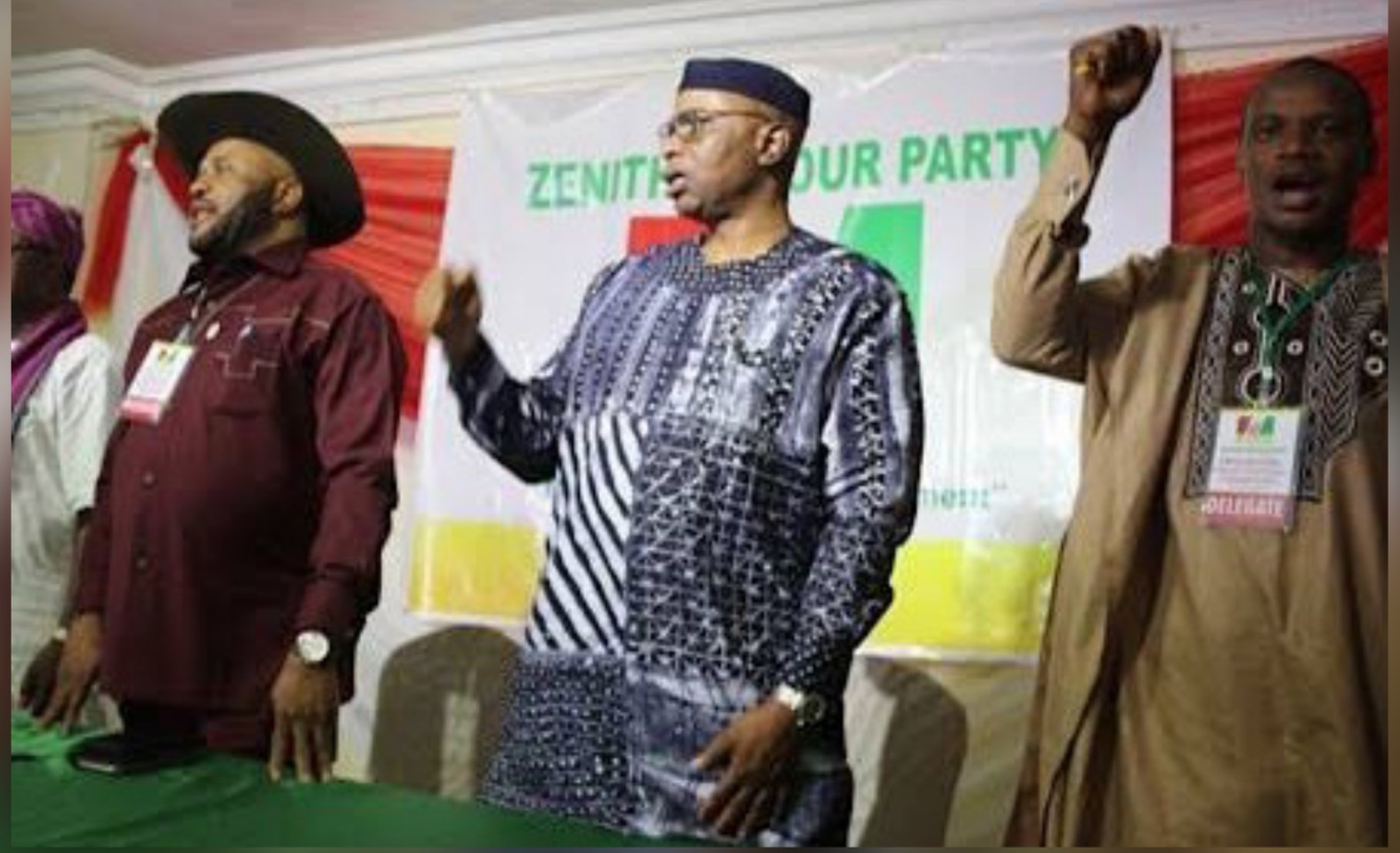 The Zenith Labour Party has concluded its plan to change the name of the party to Zenith Democratic Party  (ZDP) ahead of the 2023 general elections.

The party’s National Chairman, Bar Dan Nwanyanwu dropped the hint at the end of a meeting with state chairmen of the party in Abuja.

Briefing newsmen after the meeting that lasted for about two hours, Bar Nwanyanwu said the decision to change the Zenith Labour Party’s name was to accommodate all shields of opinions and politicians of repute.

According to him, “many politicians have approached me that they want to join our party but they are not comfortable with the word ‘Labour’ in our name as it connotes that the party is for the Nigerian Labour Congress or civil servants,” he said.

Bar Nwanyanwu, however, said that though state chairmen have endorsed the new name, it has to be formally ratified at the National Convention of the party.

According to The Tribune, it was not an easy task before the party could arrive at the Zenith Democratic Party as some states chairmen had a heated debate and many names were suggested like; Zenith Liberal Party,  Zenith People’s Party, Zenith Progressive Party among others while some of them advocated that the name should be left as it is arguing that Zenith Labour Party has already gained acceptance among people in their states.

Bar Nwanyanwu also disclosed that congresses have been held across the states except in some states with little crisis which he said would be resolved before the party primaries commenced.

He further stressed that the primaries of the party have been slated to commence on the 27th of May with states assembly and governorship aspirants while the party flagbearer will be unveiled on the first of June this year.

He, therefore, used the opportunity to call on youths in the country, women and people with disability to take the advantage of free nomination form offered by the Zenith Labour Party to contest in the forthcoming general elections to move the country forward.

And for other aspirants who want to contest on the platform of the party, he said the party is still selling forms and will be closed only 24 hours before its presidential primary on the 1st June 2022.