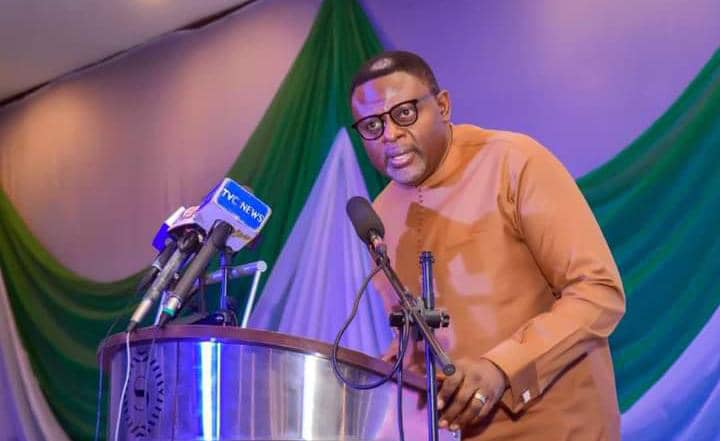 The screening committee of the All Progressives Congress (APC) has disqualified a former senator representing Cross River south, Bassey Otu from contesting in the party’s governorship primary.

This was contained in a document on the resolutions of the committee.

According to the panel, Otu’s disqualification followed his inability to provide proof of his educational qualifications.

Ben Ayade, governor of Cross River, had endorsed the former senator as the governorship candidate for the APC in the forthcoming primary.

However, some APC members had petitioned the screening committee, alleging that Otu had been convicted of fraud and is not qualified to run for office.

The petitioners also alleged that the former senator failed to make full disclosure of his educational qualifications.

The panel, in its decision, said there was no evidence to substantiate the allegation of a criminal conviction, but added that the governorship aspirant could only produce his secondary school testimonial for clearance.

“Bassey Ede Otu was disqualified by the screening committee (governorship),” the document reads.

“Aside this petition, there is no other appeal or petition regarding any other nomination.

“The committee, after due scrutiny of the content of the petition and the supporting documents, found no evidence to substantiate the allegation of conviction of the aspirant before any court of law.

“However, with regards to the allegation of his questionable academic credentials, the subject could neither produce his first school leaving certificate nor his WASC.

“He could only produce his secondary school testimonial. In the circumstances, therefore, the committee has no option than to declare this matter as inconclusive.”

The document was signed by Suleiman Fakai, Chidi Nwogu, and Paul Oyiborume — chairman, secretary and member of the committee, respectively.