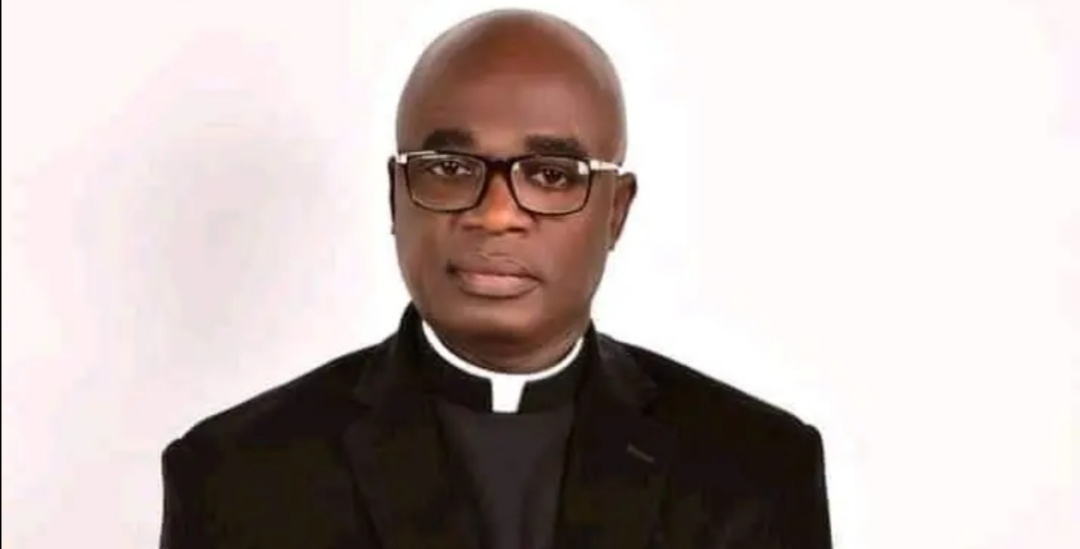 Reverend Father, Hycainth Alia,has been suspended by The Catholic Diocese of Gboko in Benue State for dabbling into politics.

His suspension is sequel to his expression of interest in the governorship contest of the state.

His suspension is contained in viral letter dated May 20, 2022 and addressed to all priests, religious and laity of the Catholic Diocese of Gboko.

Alia is among the 12 governorship aspirants who purchased expression of interest and nomination forms of the All Progressives Congress (APC) to participate in the party’s primary election.

In the letter signed by Bishop William Avenya, who is also Apostolic Administrator of the Catholic Diocese of Kastina-Ala, the church disclosed that the affected priest was warned against getting involved in partisan politics.

According to the church, such practice is against the rule of the church.

The letter read, “I write to communicate to you the suspension of my priest, Rev Fr. Hyacinth Iornem Alia from public ministry after series of admonitions to him.

“The mother church does not allow her clerics to get involved in partisan politics on their own Ex can. 285, 3 CIC. You’re aware that my son, your brother and your priest has purchased the party’s form to contest for the office of the governor of Benue State under the All Progressives Congress which is usually against our vocation.

“Therefore, to respond to the spiritual and pastoral needs of the church in the Catholic Diocese of Gboko, I have suspended him from exercise of sacred ministry. This canonical suspension takes effect from the moment it is communicated to him and last until he ceases from contumacy.”

Reacting to the suspension, Head of Media and Publicity, Alia 2023 Gubernatorial Organization, Kula Tersoo, said it was a normal practice of the church.

He noted that as stated clearly in the letter of suspension, Alia was only suspended from celebrating public Eucharistic masses, but that he remains a priest of the Catholic Church forever, adding that when his tenure ends in public civil service he shall resume his public masses and ministry.

Tersoo said his principal remains resolute as he urged supporters not to be anxious because the cleric is well prepared and focused, stressing that he had seen the genuineness in the agitations for him to step in and help salvage the situation in the state.