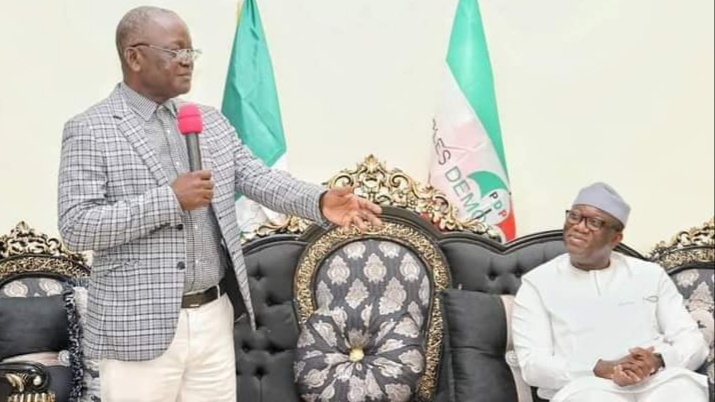 Governor of Benue state, Samuel Ortom has stated that Ekiti governor and chairman of the Nigeria Governors’ Forum (NGF), Kayode Fayemi has the capacity to govern the country.

This was stated on Saturday by Ortom, a governor on the platform of Peoples Democratic Party (PDP) when he received Fayemi, an All Progressives Congress (APC) presidential hopeful, at the Benue government house.

Fayemi was in the state to consult with APC stakeholders ahead of his party’s presidential primary.

Nathaniel Ikyur, chief press secretary to Ortom, quoted his principal as saying all Nigerians, irrespective or religious or party affiliations, are interested in solutions to the challenges facing the country.

“All of us are involved and there is the need for us to work together to rescue our nation,” the Benue governor said.

The Benue governor also praised presidential hopefuls who have indicated interest to serve the country, adding that whoever God chooses to lead should prioritise the country above personal interests.

On his part, Fayemi said if elected president, he would retool the armed forces, encourage effective intelligence gathering, and strengthen the use of technology to tackle insecurity.

The Ekiti governor also said he would address extreme inequality and poverty, which he identified as causes of insecurity.