The Senior Special Assistant to the President on Micro Small and Medium Enterprises MSMEs, Tola Johnson, has said that the office of the Vice President has over the years supported the growth of small businesses across the country.

According to Johnson, the VP office has been empowering and rewarding excellence in the MSME space in Nigeria

The MSME clinic programme which is operational in the 30 states of the federation has been very impactful.

The SSA to the President said ten outstanding MSMEs in different categories would receive ten cars and other prizes at the fifth edition of the National MSMEs awards which will be held on the 27th June 2022, during the World MSME Day.

The SSA disclosed this during a press briefing for the upcoming world MSME Day in Abuja while stating that a lot of businesses had benefited from the MSME clinic one-stop shop, its share facility initiative, and the National MSMEs Awards.

According to him, the maiden edition was held in Aba Abia State in 2017. Since then it has been held in 30 states of the federation with the VP attending 28 of them. 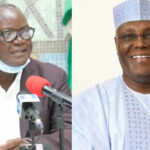