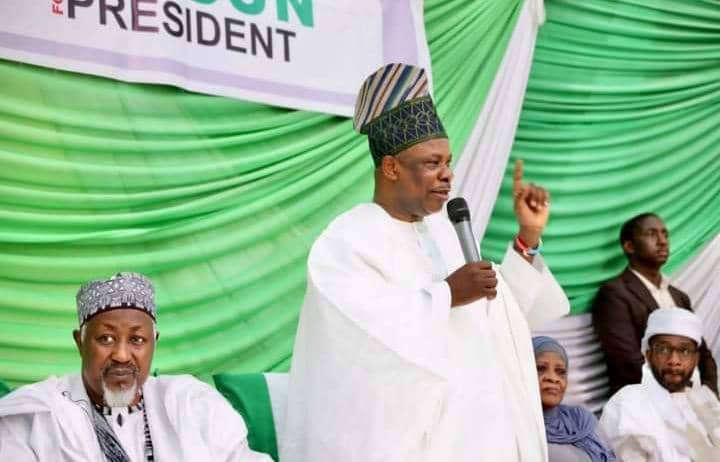 Former governor of Ogun and presidential hopeful on the platform of the All Progressives Congress (APC), Ibikunle Amosun has stated that he will boost the agricultural potential of Jigawa state if he is elected president.

This was stated on Friday in Dutse by Amosun at a meeting with Jigawa APC delegates in Dutse, the state capital.

Jigawa is known for its high concentration of date palm farms.

Speaking on his plans for the state, Amosun said the date palm industry in the state will receive a boost, adding that farmers would learn new methods and skills to enable them improve on production.

“If elected, we will make Jigawa one of the food baskets of Nigeria. We will do this by making sure that we feed Nigerians with quality date palm and provoke its exportation to West Africa,” NAN quoted him as saying.

“So, on May 29 and 30, I need your support, Jigawa delegates. I will count on your support, and even if you don’t see on those days, remember what we discussed.”

In his remarks, Muhammad Badaru, Jigawa governor, described Amosun as a brilliant man who made Ogun what it is today while he was governor.

Amosun had, on May 5, declared his intention to contest the presidency.

Speaking on his ambition, he had said it was in response to calls to to contribute towards developing Nigeria.

“This is to honour the historic call and duty to honour the next phase of our collective journey to national glory. It is a duty to renergise our faith in the future of country even in the face of threats to our national sovereignty by insurgents and terrorists.  A duty to renew hope in our collective destiny even in the light of some doubts expressed and mobilised about our shared faith,” he had said.