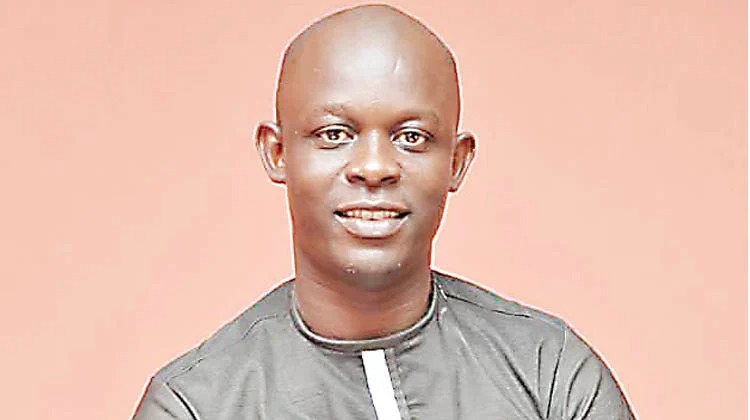 A former postgraduate student of the Ahmadu Bello University, Zaria, Kaduna, Oyeniyi Iwakun, who renounced his studentship to protest the killing of Deborah Samuel in Sokoto State, said he receives death threats daily for renouncing his ABU studentship.

Iwakun stated this while speaking with PUNCH about his recent action and how it has affected him.

WITHIN NIGERIA had reported that Iwakun renounced his studentship at the ABU, stating that he’s no longer safe after Deborah was burnt to death by her colleagues within the school premises for allegedly insulting Prophet Muhammad (SAW).

My name is Oyeniyi Oyewole Iwakun. I am 31 years old. I am from Ondo State. I have a first degree in Political Science from the Obafemi Awolowo University, Ile-Ife, Osun State. I graduated in 2013. Subsequently, I worked briefly as a maritime reporter and did some other personal engagements. I did my national service in the Karu Local Government Area of Nasarawa State. I am a Christian although I am not religious. I am more of a liberal thinker.

Recently, you renounced your studentship of the Ahmadu Bello University, Zaria, after putting in for a Master’s programme in International Relations following the death of a 200-level student of the Shehu Shagari College of Education, Sokoto, who was lynched by a mob for alleged blasphemy. How did you receive the news of her killing?

When the news of the murder of the young lady, Deborah Samuel, got to me, it was sad. The video was even circulated on social media of how she was helplessly stoned in broad daylight in the full glare of the public, while people watched in excitement. As if that was not enough, she died and people set her ablaze and made a video in broad daylight, and they were excited. The reaction that followed was that some major elites from that zone, who should have condemned the act, also came to justify the killing. It was highly inhuman. As an activist, I am an advocate for equity, equality and justice. This has nothing to do with the late Deborah being a Christian. If it had happened to a Muslim anywhere, I would have taken the same decision.

Police confirmed man was stoned, burnt to death in Abuja for alleged…

Why did you choose to study at the ABU?

I moved to the North to study after graduating from the OAU. I felt I should have a mixture of experience and be able to interact with more Nigerians, so I felt I should go to the ABU, Zaria, as one of the reputable universities in the North. So, I applied and was admitted. After the interview, being the first on the admission list for that department, they felt my performance was so exceptional and recommended that I take up Comparative Politics, an area where they were experiencing a shortage of staff as students did not want to go into the area. They felt if I picked that up, I would become an asset to the university. I already paid my tuition, got accommodation and some other things, but the ASUU strike sent us home. I was offered admission in January 2020, but I applied last year. I am a newly-admitted student.

What has been your experience so far?

My experience during my short stay in Zaria is one filled with a high level of discrimination, segregation, hostility and a sense of discrepancy between the North and the South. If you wear an English outfit, nobody would want to communicate freely with you except people from the South. At one point, I was at a loss trying to locate my department. I spoke to about five people until one managed to respond to me because I didn’t begin my conversation with ‘As-salamu alaikum’.

The OAU should pass as the most religious school in the world but the most liberal and peaceful. There is no sensitivity of being a Christian or Muslim or northerner or southerner. We are humans and students, and we interact as such. In the ABU, you cannot talk in a liberal form. You cannot express your idea on an issue. Before you know it, someone is already picking an offence. I lived off-campus, and in my apartment, I didn’t feel secure sleeping or talking to people. Those who have been there before you will tell you that you have to be very careful with the way you dress and be watchful about what you say even while trying to express your reservation about things that are going wrong.

You cannot put your shoes on the table and expect that you will come back to meet them. Some children will just come and pack them, and there is nothing you can do. If you mistakenly open your room; even while you are inside, some people will come in and pack your belongings and you cannot even report to the police. The system is totally compromised. So, when I saw the video, I felt that it had a similar feature to my experience in Zaria. I also saw that the level of the demand for justice was too poor, and as a human, I felt the only thing I could do to protest the unjust killing of Deborah Samuel was to renounce my studentship.

People have said you were hasty in your decision and that you’re trying to use the death of Deborah to chase clout and gain popularity. What is your response to this?

That is a diversionary strategy. In February 2006, Florence Chukwu, an English teacher in Bauchi State, seized the Qu’ran from one of her pupils, who was reading it while the English class was in progress, to ensure that the student concentrated. For this professional conduct, a Muslim mob was incited against her and she was killed as well as 20 other Christians. On a similar note, on March 21, 2007, a Muslim mob murdered one Mrs Christiana Oluwatoyin, a teacher at the Government Secondary School, Gombe. Her crime was that she touched a bag allegedly containing a Qu’ran. Even though she did not know the bag contained a Qu’ran. Without asking her, she was described by the Muslim mob to have desecrated the Qu’ran and she was murdered in cold blood. Up to date, we don’t know what has been done to the murderers of those people.

In 2016, the wife of a Deeper Life pastor told a Muslim man praying in front of her shop to move away as he was obstructing her business. She had repeatedly told this same man not to pray in front of her shop but for strange reasons, he continued to do so. The lady insisted and he accused her of blasphemy, incited a mob against her, and murdered her. There are countless instances where senseless violence and killings have been recorded in northern Nigeria. Shall I reference the religious riot and killings that took place in the North just because of an article written in the ThisDay Newspaper in 2002, when Silverbird wanted to host the Miss World Beauty Pageant in Abuja?

Even though I condemn derogatory statements and talks that can defame the prophet, God, or Jesus Christ, no one under the constitution of Nigeria has the right to incite a mob against another Nigerian. You cannot be a judge in your own case. When someone feels aggrieved, the law has a place for you to seek redress. In the South, you rarely see anyone being killed or a mob being incited to kill because Jesus Christ has been blasphemed. Every day, Ogun, Sango or whichever god from the South has been desecrated but nobody has been killed because of that. For someone to say I am in Zaria and something happened in Sokoto and I am concerned means that that person is inhuman and does not understand humanity. This is just a symbol of saying I and others like me must not be a victim before we raise our voices against the incessant irrational killings in the North.

How will you guarantee that this move does not come off as being an offshoot of Islamophobia?

It is a wrong impression. I am married to a Muslim. I am close to many Islamic families. I have friends, who are Muslims, and I have not been so hostile to them. If this incident had happened to a Muslim lady, I would have made the same decision. If it had occurred in the South, I would have renounced my studentship in such an environment. It is a way of protesting the inhuman killing. It has nothing to do with religion.

Have the school authorities reached out to you to discuss the renouncement or given a space for dialogue?

There have not been such moves from authoritative sources at the school. However, some people, who claimed to be representatives of the school, have called. We are in a country where insecurity is at its peak; so, I am being very careful. I have been receiving threats here and there from people online from our northern friends. Their actions toward me show that they are in support of the incessant killings. I have not got any calls from the registrar or head of the department or the school’s Public Relations Officer. Nobody has called, and there has not been any assurance to show that students in the school are safe. Immediately after I made my renouncement, I left for the South.

My close friends and neighbours are more interested in my property there than in my welfare. They have burgled my residence to take whatever for you to know that the decision I have taken is the right one. Nobody is safe over there. This is not about the young persons in the North. It is about leadership failure. This is a matter of law and the basic essence on which the foundations of society were laid.