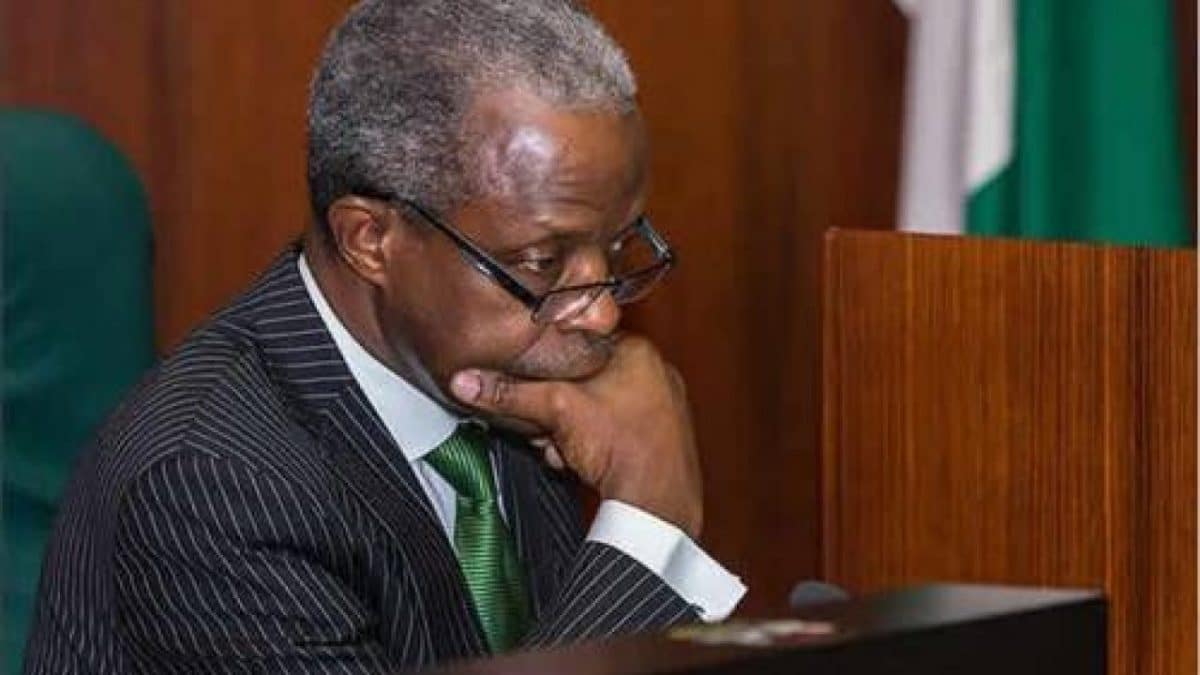 The recent visit of the Vice President Yemi Osinbanjo to Zamfara State ahead of the All Progressives Congress, APC, presidential primary has been described as insensitive.

The Zamfara State chapter of the Peoples Democratic Party (PDP) via the State deputy chairman, Prof. Kabiru Jabaka made this known while speaking to newsmen on Sunday.

“Since all these killings in the State, the Vice President has not paid any condolence visit to commiserate with the people of the State and the relations of those affected by banditry activities in the State, but because of his presidential ambition, he rushed to the State.

“We cannot clap for him because he said that he discussed important issues with the leaders of the APC in the State for a way forward. The Vice President’s visit to the State at this critical moment where banditry has been the order of the day in the State is uncalled for.

“I expected him to visit the State and commiserate with us and not to visit the State for his presidential aspiration, because when we were in trouble, he pretended as if he did not know what was happening in Zamfara State,” he said.

According to Jabaka, over 20,000 Zamfara State secondary school students will not write their WAEC examination this year due to the insurgency that had become uncontrollable, pointing out that the visits of the Vice President to the State has no benefit to the entire people of the State.

“Zamfara state government could not settle over N1.2 billion WAEC and NECO examinations fees for our children this year and the issue of insecurity has become widespread across the State.

Only Atiku and I can defeat APC – Okowa

“It is surprising that at this critical moment, they used our resources to receive the Vice President for his presidential ambition.

The Vice President was in Zamfara State on Saturday where he held series of meetings with traditional rulers, APC State delegates and Governor Bello Mohammed Matawalle behind closed-doors.