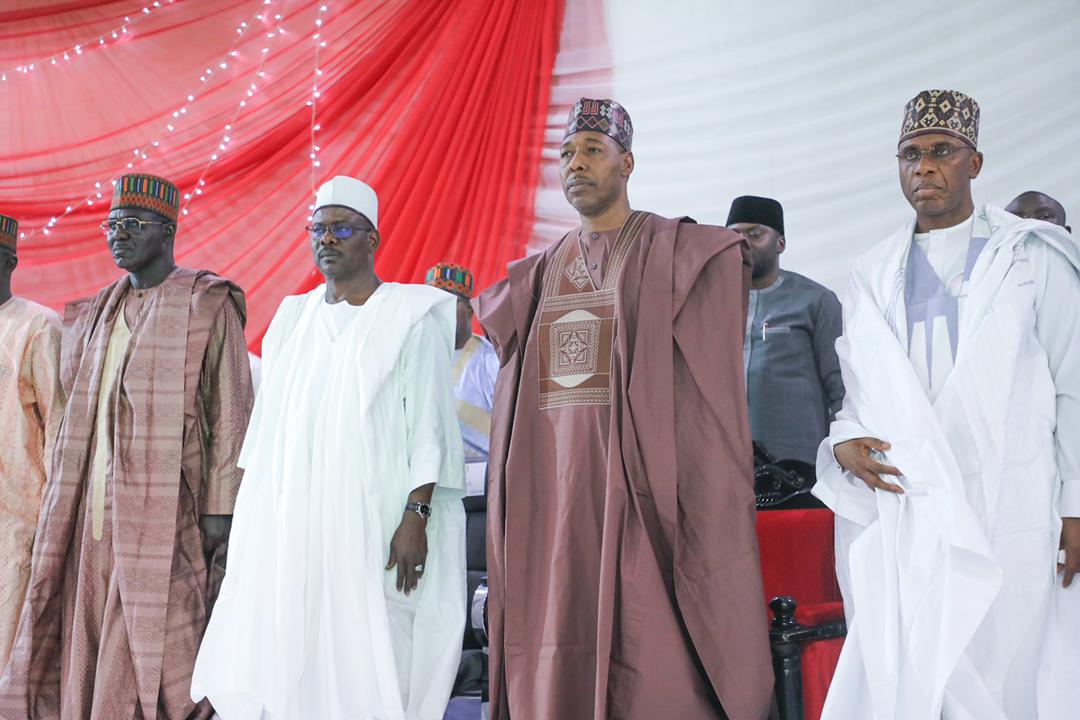 Former chief of army staff and current ambassador of Nigeria to Benin Republic, Tukur Buratai has implored delegates of the All Progressives Congress (APC) in Borno to support Rotimi Amaechi’s presidential bid.

This was made known on Sunday by Buratai while addressing APC delegates in the state.

Also present at the meeting was Babagana Zulum, governor of Borno.

Buratai described Amaechi as a man of courage and resilience, adding that the former Rivers governor has what it takes to govern Nigeria.

“Your excellency, we will not share any votes. Give 100 percent of your votes to honourable Rotimi Amaechi, and I will tell you the reasons why. Here with us is the man of the moment who is ready to serve, and has shown the determination in his exploits and his experience over the years, as speaker, as a governor and as minister,” the former army chief said.

“He has led his peer governors twice. He has also led his colleagues in parliament as chairman, conference of speakers twice.

“He has that experience, and very importantly, he has remained loyal to President Muhammadu Buhari.

“You know the history of Borno. We have always gone along with the winning team. Do not follow any other person apart from Amaechi who is here. We must align ourselves with Amaechi. We must be with the man of the moment.”

On his part, Amaechi said out of all the aspirants running for the position of president, he is the better candidate.

“One of the reasons why you have high level of insecurity is the fact that our past leaders had visited us with poverty. Politicians will be chasing you with money, but when you step out on that day (of the primary election), carry your conscience in your hand,” he added.

“Vote for me, because when you vote for me, you have transferred that responsibility to partner with others to change the country.

“Trust me. Don’t share the votes. Step out that day, vote for me and see the difference I will make.”

In his remarks, Zulum said Amaechi’s advice to delegates to vote with their conscience is important.

“To me, power belongs to God. It is my prayer that Nigeria should get a good president. My prayer is for Almighty Allah to give us a good candidate that can take this nation to greater heights — a candidate that can deliver dividends of democracy to the good people of Nigeria,” he said.

“The people of Borno state will use their conscience to vote for a candidate that deserves to be voted for.

“President Muhammadu Buhari is also very important in this political equation. We are still waiting for him to say what he wants us to do.”