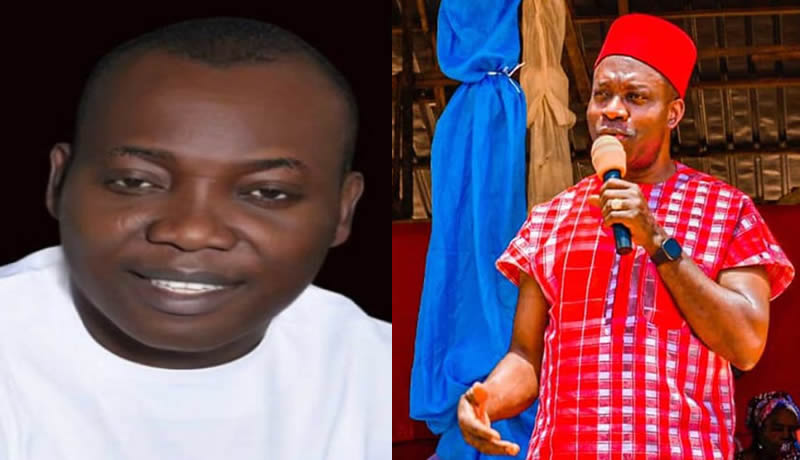 WITHIN NIGERIA had reported that Okoye’s head was found on Saturday without his body at Nnobi in Idemili South local government area where it was hanged.

This publication recalls that Okoye was abducted by unknown gunmen in Aguata on May 15.

According to Daily Trust, a resident said that a note was dropped beside the head of Okoye which was dumped by the roadside.

“In the note, the killers vowed that more heads would roll. The letter was not to clear due to rain drops, but it started with the word “warning”.

“At some point, it read, ‘everywhere you go, you cannot hide anywhere. We will go after you one by one because soldiers and police is (sic) no longer our problem.”

Killings and arson have been on the rise in the state since March 17 when Prof Charles Soludo was sworn in as the governor of the state.

No fewer than four local government headquarters in the state and several police stations had been attacked and set ablaze within the period.

Meanwhile, some Anambra communities have alleged that “unknown gunmen” have set up camps in their areas.

According to message circulating on social media, the criminal elements have created a new camp in Unubi, Nnewi South Local Government Area, from where they launch attack on indigenes.

Also an unsigned message circulating on social media gave an account of how the men attacked some residents in Igboukwu community, along Obiuno-Ekwulumili road last Friday.

“The armed gang have created a new Operational Camp in the Unubi bush, a town located in Nnewi South Local government Council of Anambra State.”

“On Friday evening, 20th of May, 2022 at about 5:50 pm unknown gunmen laid siege along the road, specifically at Ugwumba Bus Stop, in search of the owner of a Lexus Rx330 who allegedly succeeded in escaping from his car.

“The Lexus owner quickly alighted from the car after driving it into the gutter at Ugwumba Bus stop and ran into Ezechibuike’s home, that situates around the bus stop, through which he fled.

“However, the unidentified gunmen said to be numbering more than ten on arrival at the bus stop discovered that the owner of the car had left, so they laid siege to Ugwumba bus stop for an upward duration of an hour and commanded all the road users this evening to lie face down while they were busy conducting search of the Lexus owner.”

Indigenes of Igboukwu and Unubi in the diaspora were advised not to be in a hurry to return to the village.

An indigene of Ezinifitte, in same local government area, said youths had deserted the community for fear of being forcefully conscripted into armed gangs.

The State Police spokesperson, DSP Tochukwu Ikenga, could not be reached for reaction at the time of filing this report.