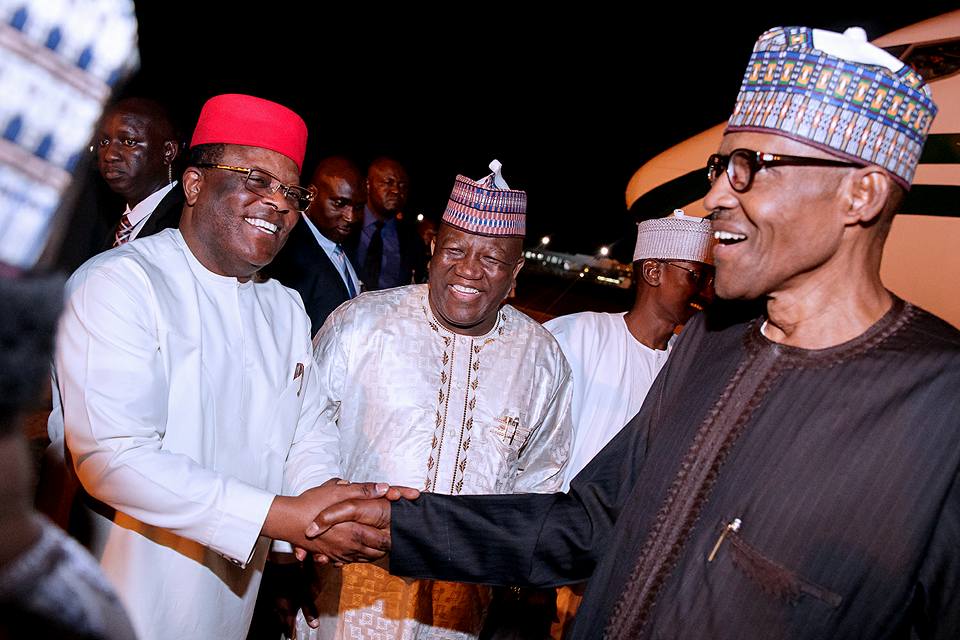 President Muhammadu’s body language, according to Ebonyi State Governor Dave Umah, favors the emergence of a Southerner as his successor in 2023.

The presidential candidate for the All Progressives Congress (APC) made the remark on Tuesday in Owerri, the state capital of Imo.

Nigerians should not be apprehensive about a person from the south-east becoming president, according to Umahi.

He advised them to ignore secessionist calls because Igbos own property and have investments all over the world.

“So when people tell you about Biafra, it is not about seceding at all”, NAN quoted him saying.

Umahi assured that “the Igbo man will do better under a united Nigeria”.

The governor also wants power rotation between the North and South maintained.

He appealed to the South-South and the South-West to support the South-East to produce the best President.

“The North-East and South-East are the two regions that are most marginalized”, Umahi said.