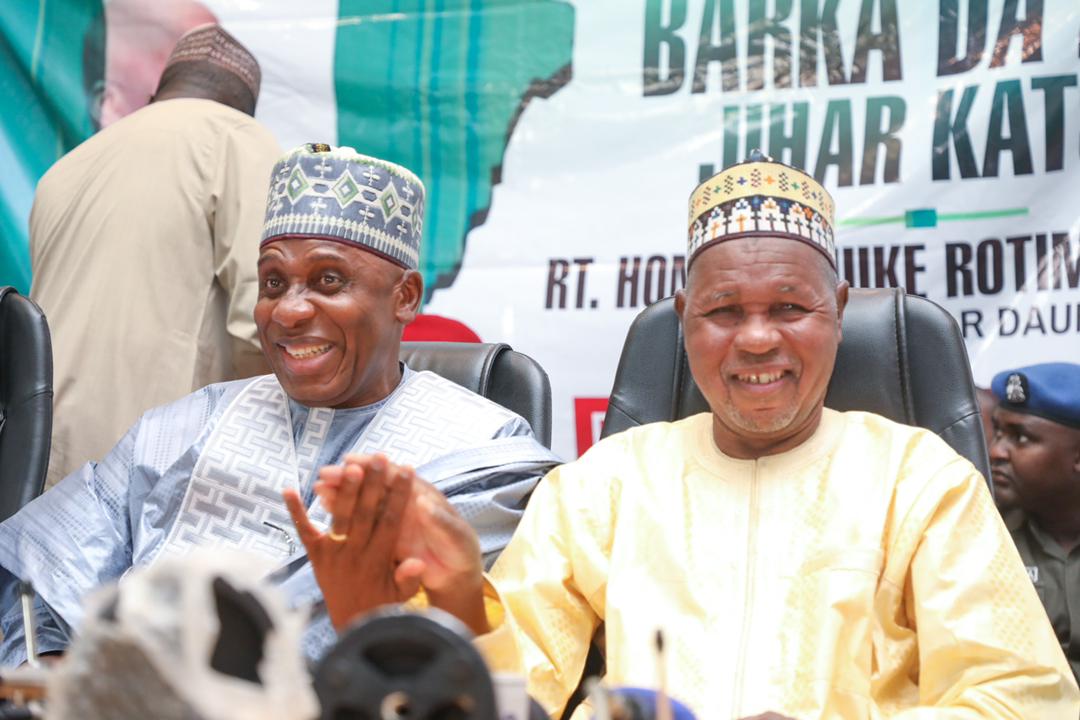 Presidential hopeful and member of the All Progressives Congress (APC), Rotimi Amaechi has stated that there is a need to focus on ensuring more opportunities for women.

This was stated on Monday by Amaehi at a meeting with delegates of the party in Katsina state on his presidential ambition.

A federal high court in Abuja in April 2022 ordered the federal government to implement its 35 percent affirmative action policy on public service positions.

While seeking the support of the delegates, the former minister of transportation said instead of the approved percentage, women should be given equal opportunities as men.

He also said he would tackle insecurity and poverty if elected as president.

“If Nigeria does not move back to agriculture and move from agriculture to industrial and manufacturing, the breakup you’ll see is the poor versus the rich. It will not be Muslims versus Christians or north versus south. It will be the poor versus the rich. So, we must build the Nigerian economy to accommodate the poor. If you don’t accommodate the poor, you will run away,” he said.

“Have you heard of Songhai farm — 300 hectares of Songhai farm, the biggest Songhai farm in the world, was built by me. We built hostels for 500 farmers. When we train you and you graduate, we give you money, give you products to start your own farm. Then, we take another 500. We began to produce. By the time I left office, the farm was producing money to run itself, no more government money. We created 2,000 hectares of banana farm. We did it partly to create employment.

“When we were to do Kano-Maradi rail line, I hope you read the newspapers. There’s no name they did not call me. I did not listen; I went ahead with Kano-Maradi, because I had two arguments. Are you (the people of Katsina state) not Nigerians? Are they saying railway should not get to Katsina because you’re not Nigerians? So, because you’re Nigerians, you’re entitled to railway.

“With that same spirit, if I become president, I’ll be president for every Nigerian. I know you have employed me; I am your servant. For women, I don’t believe in 30 percent, you must be given equal opportunities.”

On his part, Aminu Masari, governor of Katsina, described Amaechi as a friend, adding that the former minister performed well on promoting developmental policies for the country.