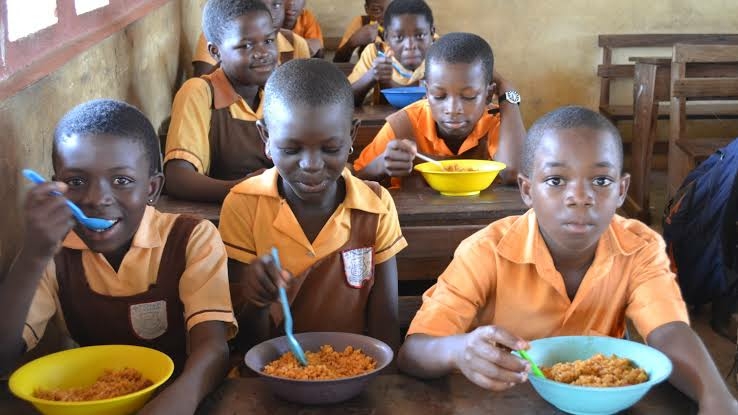 The Federal Government on Tuesday said N999 million would be spent daily to feed approximately 10 million pupils in the National Home Grown School Feeding Programme (NHGSFP) across the country.

Hajiya Aishatu Digil, the Team Lead of NHGSFP disclosed this at a stakeholders meeting on disbursement modalities for the review cost of feeding in the programme in Abuja.

She said Hajiya Sadiya Umar Farouq, the Minister of Humanitarian Affairs, Disaster Management and Social Development got the approval of spending N100 per person daily on the feeding in the programme.

“Prior to this, we were feeding school children with N70 per child, per meal. This was since 2016 but the President has approved N100 upward review.

“We have all stakeholders like the World Food Programme, National Bureau of Statistics, National Orientation Agency (NOA), Global Alliance for Improved Nutrition (GAIN), Ministries of Agriculture, Education and others to deliberate on the modalities of disbursements.

“We are here basically to look at how best we can realise the benefits of the programme based on the new approved cost to improve the standard and quality of the meal and menu for the children.

“The breakdown of the N100 is as follows; N70 is for the cost of all food items except egg, N14 for cost of egg to be implemented through the state structures in partnership with Poultry Association of Nigeria.

“We are planning of having ‘Egg Wednesday’, where each child in the programme will be giving one egg each every Wednesday.

“N10 stipends for cooks, N5 and N6 for micronutrient fortification, payable to cooks and one naira for quality assurance, payable to supervisors, which is optional,” she said.

Digil said the programme would ensure the elimination of poor implementation practices, adding that the ministry was looking out for reforms.

“After this meeting, we will collate inputs from stakeholders and present to the minister so that we will implement the reviewed feeding cost in the next feeding circle, which starts this month,’’ she said.

Meanwhile, Dr Umar Bindir, the National Resource Person of the National Social Investment Programme said that the programme was not the responsibility of the Federal Government alone.

Bindir said to implement the procedure of deploying the N30 that made it N100 in effective feeding of school children, it was absolutely necessary to consult with stakeholders.

Malam Musa Abubakar, the Programme Manager of NHGSFP in Sokoto State said pupils and their parents were happy with the initial N70 per meal per child.

“However, with the upward review of N100, all of them will smile as this will also boost the rate of school enrolment.”

Mr Chika Ebogha, the Chief Programme Officer at NOA said the N100 per meal per child was a good improvement.

Ebogha called on Digil to step up in the area of compliance on states that have challenges, adding that NOA was willing to assist on monitoring and evaluation of the programme nationwide.

Mr Kingsley Anikwe from the Federal Ministry of Agriculture and Rural Development suggested that formation of school garden should be encouraged in schools to handle the production of agricultural produce.

Irabor said GAIN would be interested in the `Egg Wednesday Campaign’, adding that the organisation could support in creating visibility in the implementation in states.

Mr Onallo Akpa, the Director-General, Poultry Association of Nigeria called for effective collaboration with the association to actualise the `Egg Wednesday’ initiative.

However, some stakeholder suggested that state governments should actively involve others, saying that cooking of meal should be done within the school vicinity and that farmers should also be evaluated.