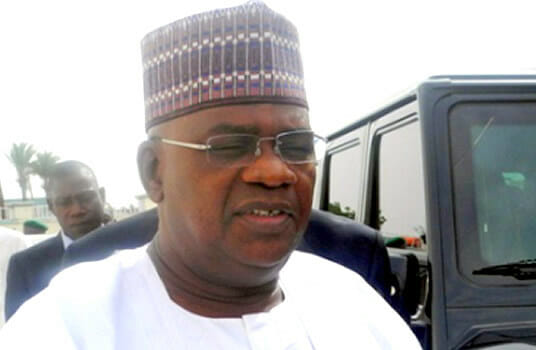 Senator Mohammed Goje, a former Governor of Gombe State has described as untrue reports that he participated in the just concluded primary of the Peoples Democratic Party for Gombe Central.

He said he remained a loyal member of the All Progressives Congress.

This was contained in a statement issued by his Special Assistant, Ahmed Isa.

Goje who doubles as the chairman, Senate Committee on Marine Transport said he remained “a loyal and proud member of the APC.”

He was reacting to reports on the social media about ballot papers of the PDP for Gombe Central Senatorial District with a picture of Senator Goje as one of the contenders.

According to him, his photograph on the PDP ballot paper was the handwork of mischief-makers and political opponents bent on tarnishing his image.

The statement read, “The attention of His Excellency, Senator Danjuma Goje has been drawn to reports in the social media claiming that he took part in the Peoples Democratic Party’s Senatorial Primary said to have taken place on Monday, May 23, 2022.

“Senator Goje is a proud member of the All Progressives Congress and the serving Senator on the platform of the APC. He is not a member of the PDP. He did not take part in the PDP primary in Gombe for the position of Senator or any other position.

“Senator Goje’s photograph on the PDP ballot paper is the work of mischief-makers and political opponents bent on tarnishing his image.”