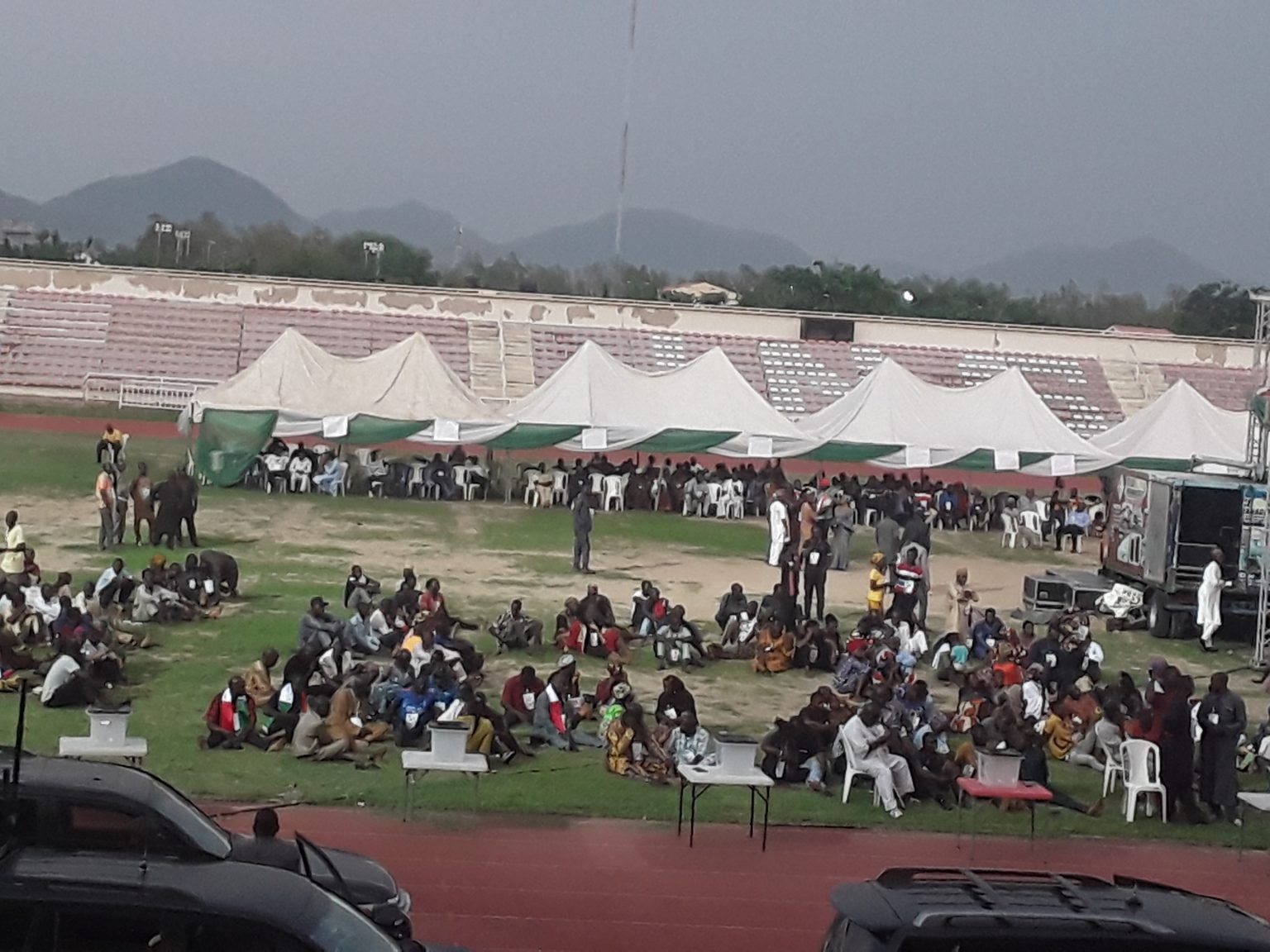 While one of the aspirants, Victor Bala Kona, had previously written to the chairman of the electoral committee, Kabir Bappa Jauro, expressing his desire to boycott the election, the other two aspirant, did not do so.

Victor Bala Kona, the current Speaker of the House of Assembly, Joseph Albasu Kunini, and Aminu Ayuba Kotolo, the state’s former Accountant-General, were among those who were seen boycotting the ongoing exercise.

Though none of the three aspirants gave reasons for their absence, some of their political associates told news men that their actions were prompted by the party’s alleged inability to provide a level playing field for all the candidates.

Citing the alleged imposition of the incumbent chairman of the party, Kefas Agbu, as the gubernatorial candidate, such a move, according to Daily Post “compelled these aspirants to distance themselves from the exercise.”

According to a source, who has knowledge of the party’s internal squabbles, the party’s hopes of retaining power in 2023 may be a mirage.

According to him “It is my heart’s desire that the party will succeed in mending its leaking roof before the forthcoming general elections, or else, their dreams of winning this state again will be frustrated.

Some of the delegates who also bared their minds to reporters at the venue, said their desire to return to their various local government councils have been dashed due to the delay in the commencement of the exercise.

Looking tired and hungry, the delegates, whom our reporters noticed to be sitting on the bare floor in the stadium, wondered why the organizers of the events could not learn from other states who, according to them “have since completed their primaries.”

At the time of filing this report, our correspondent noticed that the exercise which was earlier scheduled for 10a.m just kickstarted around 7pm in the state.