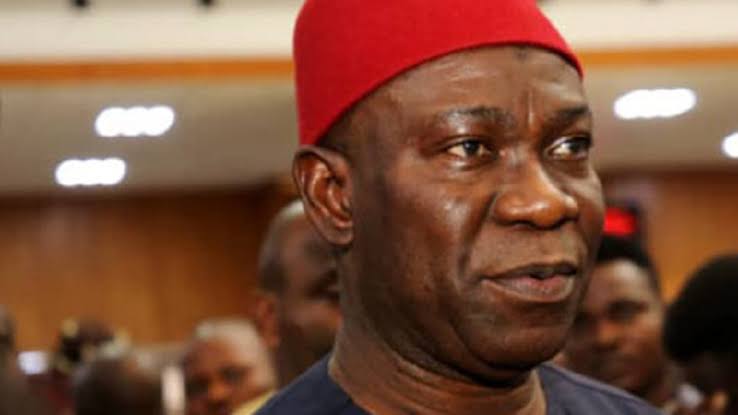 Front line contestant in the gubernatorial primaries of Peoples Democratic Party, PDP in Enugu state, Sen. Prof. Ike Ekweremmadu has withdrawn his participation in the election scheduled to hold today, May, 25, 2023.

In a statement issued by the Director-General of his campaign, Hon.Charles Ogbo Asogwa  on Wednesday morning and made available to Within Nigeria stated that the former Deputy Senate appreciates his teeming supporters for their unalloyed support.

“We wish to inform our supporters and Nigerians that the former Deputy President of the Senate and foremost governorship aspirant in Enugu State, Senator Ike Ekweremadu, will not be participating in the PDP governorship primary election scheduled for this Wednesday, May 25, 2022.

“Meanwhile, we continue to trust God as we appreciate our teeming supporters and the good people of Enugu State for the enormous goodwill they have ceaselessly invested in the actualisation of the “Pathway to a New Enugu State”.

“We urge them to remain peaceful and be assured that we will keep them abreast of our decision on the way forward”.