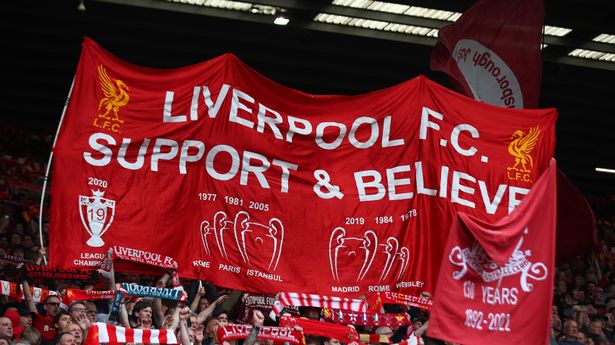 13 Liverpool fans’ tickets to the Champions League final were canceled after they attempted to resell them online for a profit.

The club also made it clear to fans that anyone caught selling tickets will face severe consequences, including a possible lifetime ban.

This follows a significant increase in the number of fans who have been duped by people selling fake tickets on the internet.

UEFA received backlash from fans after allocating only 19,618 tickets for Liverpool’s match at the Stade de France out of a total of 75,000 available. Despite being among the fortunate few who were able to secure a ticket to a major European final, some ticket holders couldn’t resist the temptation to resell their tickets for a large profit over the original purchase price.

Tickets for the Champions League final are reportedly starting at £1700 on the internet.

Liverpool has reacted in an attempt to stop fans from flocking to the website to buy tickets.

Liverpool said in a statement: “The club has now called on social media companies to close more than 50 social media accounts and groups it believes are actively involved in selling, or offering to sell, Champions League final tickets online.”

“Liverpool FC will not stand idly by and watch people try to sell tickets they have been fortunate enough to get access to via the ballot.”

“All reports of ticket touting, or online ticket fraud, will be investigated in line with the LFC sanctions process. If a supporter has been found to have offered a ticket for sale online, this could result in a lifetime ban for that individual.”

“The club is also encouraging supporters to be diligent when providing any personal or payment details to persons they do not know.

“Liverpool FC continues to work closely with Merseyside Police and, where possible, will pass on the details of any supporters who have offered a ticket for sale online.”