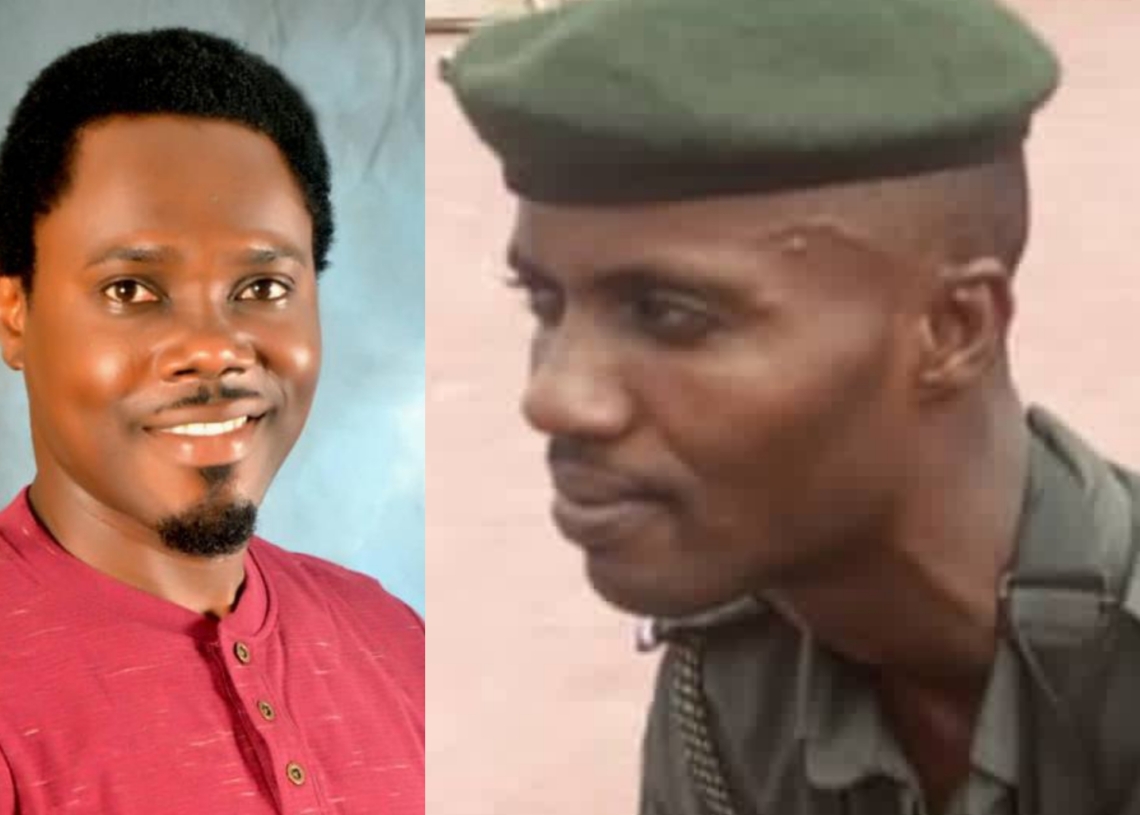 The reporter was also teargas directly in his eyes, nose and mouth by the officers with name tag I.O Niyi.

The incident took place at the ongoing primary of the People’s Democratic Party (PDP) at the Lekan Salami Sports Complex (Tennis Courts Pavillion).

The contest for the party governship ticket is between Governor Seyi Makinde and a Hazeem Gbolarumi.

Trouble started after the reporter in company of other colleagues were returning to the venue after they had gone to monitor situation from the main venue.

On approaching the entrance gate, the reporters were again asked to identify themselves to which they complied.

The reporters were asked to stay by the side on the allegation that there were too many journalists covering the event.

After staying aside, the security operatives were however overpowered by many of the delegates at the entrance due to their delay.

Noticing that The Nation reporter had gained entrance, the visibly enraged officer pounced on Adeniran, ordering other officers to ‘throw’ him out.

After about five officers, armed with riffles attacked the reporter who was only armed with a jotter and phone. They succeeded in rough-handling and tearing his shirt.

Note done, Niyi went back to collect tear gas can from one of his colleagues and sprayed directly into the eyes, nose and mouth of The Nation reporter after he had been thrown out of the venue.

The quick intervention of other colleagues including the Chairman of the Nigerian Union of Journalists (NUJ) Demola Babalola, Chairman of Oyo State Correspondents Chapel, Oluseye Ojo, leadership and members of the Press Crew saved the situation from becoming a full blown crisis.

In the same vein, the cameraman of the Independent African Television (IATV), Wale Fatumbi was also harrassed by thugs allegedly loyal to the camp of the Governor.

He was accused of recording Hazeem Gbolarumi while he was speaking.

With the development, the journalists at the event threatened a boycott but were impressed upon by some government functionaries.

While many delegates and observers had a hectic day passing through the security gates, members suspected political thugs had a field day going in and out of venue undisturbed.

However, calm was restored on the intervention of the Deputy Commissioner of Police (Operation), Executive Assistance to Governor Makinde on Security, CP Sunday Odukoya (Rtd), the Chief Press Secretary to the Governor, Taiwo Adisa and Ex-Senior Special Assistant to Governor Makinde on Sustainable Development Goals (SDGs), Kunle Yussuf.