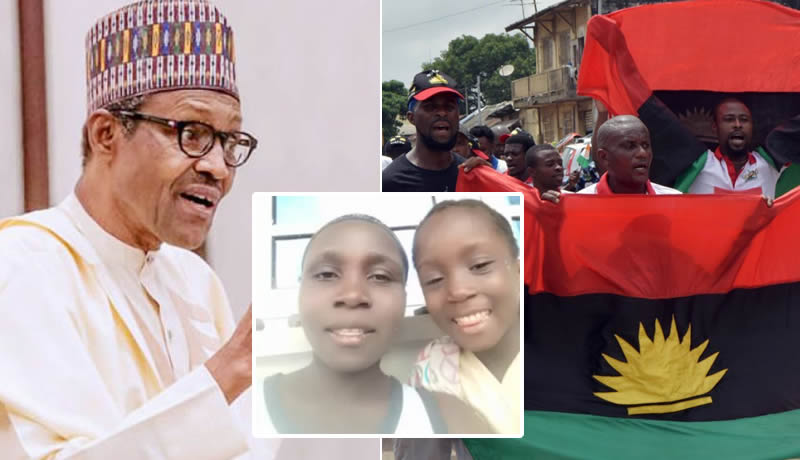 The Presidency says the wanton killings of innocent people in the beleaguered south east and other parts of the country by non-state actors are barbaric and troubling.

The presidency said this in reaction to a viral video of a woman simply identified as Fatima, who was allegedly murdered in cold blood by elements of the Indigenous People of Biafra

In the video, the pregnant woman was seen with her four children in the pool of their own blood at Isulo, Orumba North Local Government Area of Anambra State.

However, in a statement signed by the Senior Special Assistant to the President on Media and Publicity, Garba Shehu, the presidency warned against “any knee-jerk reactions, panic, disruption of lives and livelihoods, or even retaliatory violence

It said it is investigating the viral videos of the alleged killings of non-indigenes by the Eastern Security Network and its outlawed group, IPOB.

It read in part, “While expert agencies are now verifying the factuality and veracity of the claims that accompany the horrid pictures being circulated, we call on all citizens to avoid hasty steps or conclusions that could exacerbate the situation, and on the contrary keep to a line of conduct that will help the law to take its proper course.

“The Presidency also cautions the public against the indiscriminate sharing of posts on social media so as to deny vested interests who seek to divide us and create disturbance the chance to do so.”

It said the while strongly condemning these “wild, barbarous and wanton killings of innocent people” in the South-East as well as the other parts of the country, which he described as “deeply distressing,” the President, Major General Muhammadu Buhari (retd.) warns the perpetrators of these acts to expect tough response from the security forces.